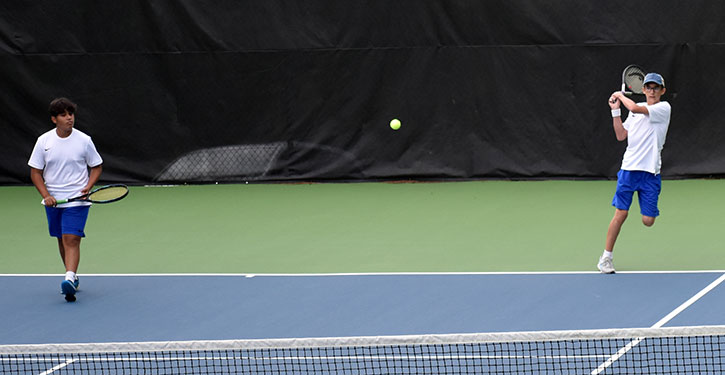 In doubles, Pacie Passmore and Cat Hahn of Northside won 8-3 over Simone Dinstbier and Hope Hartz at number one. For the boys, Griffin Huckelbury and Sam Carlisle prevailed over Connor Martin and Caleb Greiner, 8-1.

At number two doubles, Northside’s Payton Leding and Falina Rajsombath prevailed 8-0 over Megan Brown and Janie Ray, with Will Stites and Bryce Hindley holding forth 8-0 over Pablo Garcia and Zack Cookus.

Up next for Bryant is a league battle with Little Rock Catholic and Mount St. Mary at Rebsamen on Tuesday, Sept. 8.