Perseverance has paid off for Lady Hornet seniors 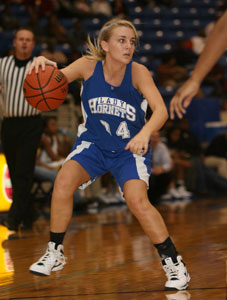 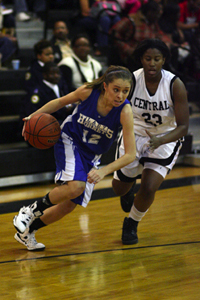 When asked what they thought it was going to be like to run out onto the floor at the Class 7A State Tournament at the Stubblefield Center at the University of Arkansas-Fort Smith this Wednesday afternoon, the reaction was the same.

You see, it’s been a long time coming for the duo, the only seniors on the Lady Hornets team this year. It’s something they’ve never done before.

“It’s going to be kind of cool,” Hughes said.

“I think it’s going to be a little scary,” Simpson replied. “It’s going to be so exciting. We have no idea. The last time I even went to a State game, I was like in eighth grade and my sister (Sydney) was a sophomore. I don’t know, just the whole atmosphere’s going to be — it’s going to be great just to know that you’re in there with the best. You’re not one of the teams stuck at home. You made it.”

And, indeed, this year they have made it.

The Lady Hornets, 19-6, will play the Springdale Har-Ber Lady Wildcats in Fort Smith at 4 p.m., on Wedesday, March 4. They are not only the No. 3 seed from the 7A-Central Conference, but they were in contention for a league championship all year and, actually finished in a tie for second.

All that after the team didn’t win a single conference game a season ago and, two years ago, when Hughes and Simpson were sophomores, winning just three league contest.

All of which makes this trip even sweeter.[more]

“It means a lot to both me and Anna because at the beginning of the season, we would come in with coach (Blake Condley) some days at lunch and do a leadership book,” Hughes added. “We’d always talk about how important it would be just to make the State tournament. We expected to do good but I don’t know . . . it’s just a cool feeling to actually be at the top of the conference.”

Said Condley, who moved up to the high school job from the junior high post at the same time Hughes, Simpson and their classmates did, “How hard we play, how we work together is a direct reflection of those two girls. That’s one of the things we talked about, if they wanted to be the leaders, no one should ever be able to come back and say they took a play off or they didn’t play hard or they didn’t practice hard. That’s something they took a lot of pride in. Anna and Taylor poured their heart and soul into making sure every day when they came to practice, they were leaving it out there.” 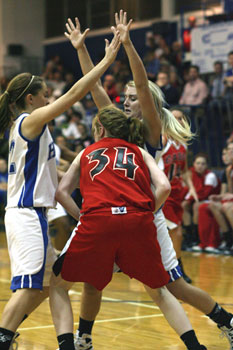 “I think, this year, we’re all playing as a team,” Hughes stated. “Everybody’s playing together. It’s not just one person that has to be the star. Anybody can have a good night and, if somebody is having a good night, everybody is selfless and they realize that that girl need to have the ball. It’s okay if they’re not the one with the ball.

“This year, everyone leaves their attitudes at home,” Simpson continued. “Everyone cares. If we have problems with each other, we leave it off the court or else we figure it out.

“I feel like our whole team’s been closer this year,” she added. “We’ve done things, team activities, that have helped us with bonding. We all hang out. We’re all pretty good friends. Aside from basketball, we still hang out and do things together. I don’t know how it couldn’t work if you’re out on the court with four of your best friends. I don’

t know how it couldn’t be good.

And the coach lauds the leadership the duo has shown.

“It’s not been something that’s happened just with a snap of the fingers,” Condley asserted. “They’ve worked at it. We’ve talked about it. We’ve even done some leadership training. They’ve been totally open and receptive to everything I’ve wanted to talk to them about, for them to work on and to help their teammates with. Whatever they needed to do, however they could help, however they could make things be better and they’ve been 100 percent up for doing that.

Both players have developed their games over the years. Hughes plays the point, Simpson’s a swing player working at shooting guard or small forward.

“Taylor sets the tone as far as the offensive and defensive pace of the game,” Condley observed. “She’s been with me for five years in junior high and high school and she knows how I want to push the ball up the floor. I don’t have to bring it up to her. She wants to do that as well. Defensively, she’s going to pressure, she’s going to be up, she’s going to try to trap, she’s going to do the things that we’ve tried to stress as a basketball team. She gets that started for us.

So where did her new-found confidence come from?

“Just shooting and knowing that if I don’t make it, it’s okay because if I don’t shoot it’s not going in but if I do there’s a chance it’ll go in,” she answered.

“Anna’s more the vocal leader,” Condley stated. “Whether it be encouragement or letting somebody know when they’re not doing what they need to be, she kind of fills in that role. They both lead in their own way.

“Anna, offensively, there are times that we need a spark, we need a bucket, we need something. She’s not afraid to say, ‘Hey, let me have the ball. Let me try to do it. I’ll try to make it happen.’”

“All I’ve always wanted to do was catch and drive, catch and drive,” Simpson related. “I’ve never had any confidence in my shot. I shot really bad, two-handed and all that. I guess just this year, I started shooting a little bit more and my shot’s gotten a lot better. I’ve got a lot more confidence in my shot and I guess that’s made me harder to guard. Whereas last year other teams looking at me, all they could say was, ‘All she does is drive.’ This year, I have something else where I’m not limited to just driving.”

When they came to the high school as sophomores, of course, Hughes and Simpson weren’t the only ones in their class, but they are the ones that persevered.

“They’ve been through some tough things over the last five years as far as losing games, losing teammates, having problems as far as chemistry and things,” Condley acknowledged. “They just put it in their minds that they didn’t want that to happen this year. They wanted to win games but, more importantly, they wanted the team to enjoy each other, they wanted to have a good senior season. We talked and we talked and we talked that if we could make that happen, winning and losing would take care of itself.

“You’ve got to have some things go your way to be able to win those games, but the most important thing is to enjoy each other, have good team chemistry, play well together and just see what happens. And they totally focused all their energy on doing that this year. They said 15 years from now they don’t think they’ll remember as much about what goes on on the court but they’ll sure remember about their relationships in the locker room.”

“I think it’s just our love for the game,” Hughes said regarding what kept them going. “There have been lots of rough times but we both knew that it was worth sticking them out. We were hoping that this would happen, that we’d make it to State and be one of the top teams in the conference.”

“We just love basketball,” Simpson agreed. “There’s people that asked me, ‘Are you sure you want to play your senior year?’ After three wins my sophomore year, I thought, ‘You know, it’s got to be better next year,’ but then it didn’t get any better at all. But, I guess it’s just that I know if I looked back and I hadn’t played, I would regret it so much. I’ve played basketball forever, so I just couldn’t. It’s just one more. I just don’t understand, I guess, quitting because I think you can handle it. I think most people that have quit will end up regretting that they did.”

So, is success everything you thought it would be?

Hughes answered with a smile, “More.”