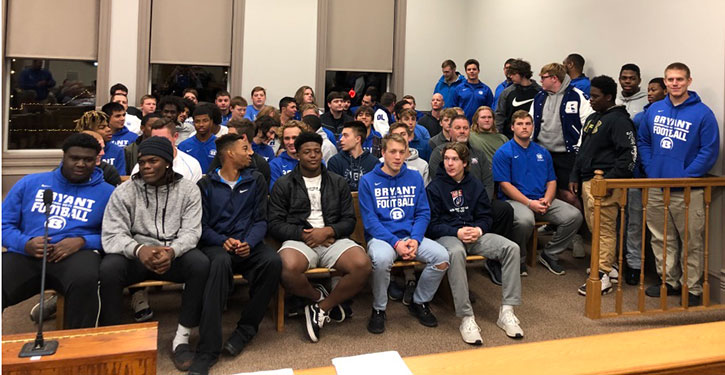 BENTON — The Saline County Quorum Court hosted the Class 7A State champion Bryant Hornets football team on Monday night at issued a proclamation in their honor.

Justice of the Peace Everette Hatcher said, “This championship was anticipated and we are grateful for everyone associated with this Hornet team who made it happen.”