This date in Bryant athletic history: 2010 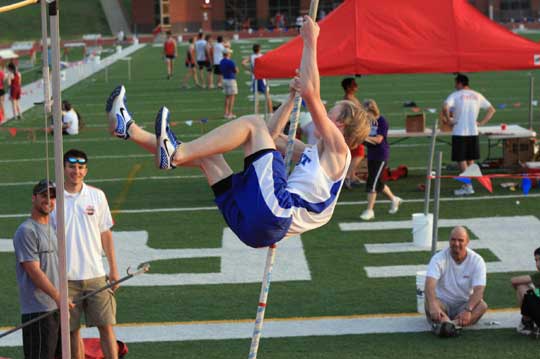 The 4 x 100 team of Dillion Winfrey, Tanner Tolbert, Kendrick Farr, and Sammill Watson set a new school record with a winning time of 42.60. The previous record of 42.84 was set at the Hornet Relays in March.[more] 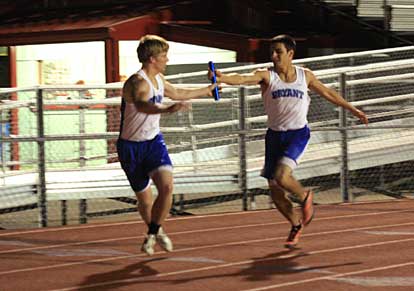 Troy Smith claimed the only other first place finish for the Hornets, winning the high jump with a leap of 5′ 10″.

“The 4 x 100 relay team did a great job getting the baton around the track and won by a huge margin,” noted Hornets coach Steve Oury. “I would expect them to get tested this Friday, so it will be interesting to see how they respond.”

Bryant will run at Lake Hamilton on Friday.

“Although we had a pretty good meet, I thought we were still a little rusty,” Oury commented. “We got rained out in Russellville Friday (April 2), so this was our first meet back after spring break. I’m expecting us to perform better Friday at Lake Hamilton.”

The 4×800 relay team of Colton Klaus, Jacob Clark, Logan Howard and Keith McDonald turned in a 9:16.44 clocking which was good for third.