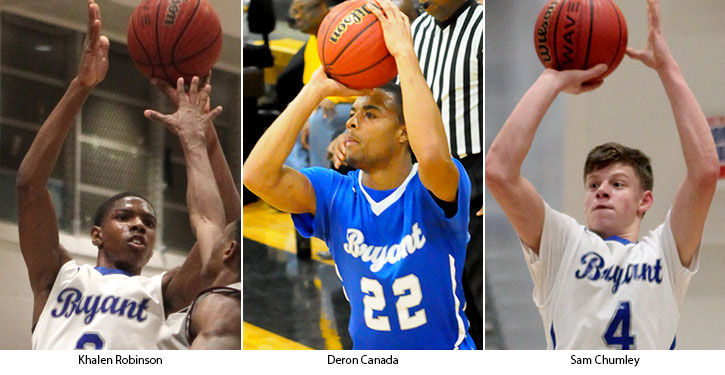 With very little varsity experience prior to the 2017-18 season, the Bryant Hornets basketball team came on strong from the start and surprised some with a 16-12 overall record, going 7-7 in 7A-Central Conference play, and earning a fourth seed for the Class 7A State Tournament.

They were led by sophomore guard Khalen Robinson and seniors Deron Canada and Sam Chumley who have each been noted with post-season honors.

Robinson, who averaged 15.4 points, 3.5 rebounds, 3.2 assists and 4.1 deflections in his first year with the Hornets, was named all-State and all-State Tournament, along with all-conference.

Chumley, a forward who played a lot of post defense at 6’4”, averaged 8.6 points, 3.8 rebounds and an assist per game.