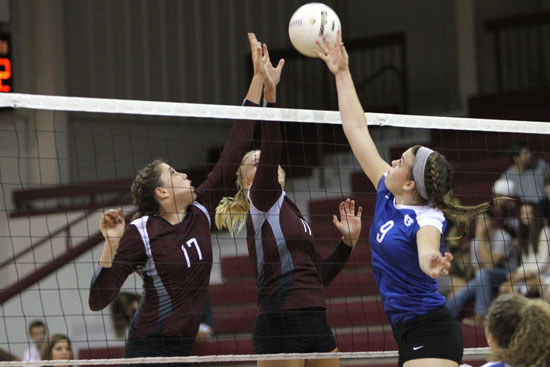 BENTON — In volleyball, the Bryant Lady Hornets need to be at their best to have a chance to beat the rival Benton Lady Panthers and, according to head coach Beth Solomon, they weren’t there when the two teams met at Panthers Arena Thursday night. 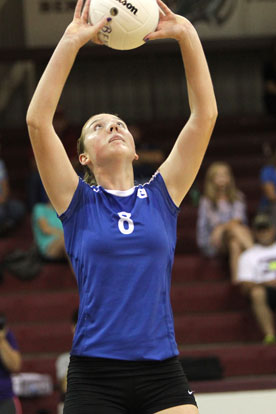 “It really felt like anything that could go wrong did,” said Solomon. “Not only were we completely off and seemed out of whack on the court, but our computer quit working during the game so some of the stats didn’t get recorded.”

“I told the girls after the match that I couldn’t thin of anyone that had a stellar night,” Solomon said of the Benton contest. “They all agreed. We just weren’t together tonight. Our big hitters that we tend to count on weren’t getting it done. When the passes were there, the hit was off, or the set was off. If the passes weren’t there, then we really had a hard time getting something going.

“I don’t want to discredit Benton,” she added. “They have a good team this year and they’ll do well. We are young this year but that’s no excuse for the way we played tonight. 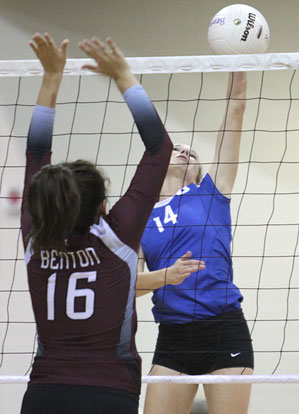 Sophomore Sierra Jones (14) goes up for a hit. (Photo by Rick Nation)

“I told the girls that the good news is that we have all day Saturday to work on the inconsistencies and to try to get the “off” stuff fixed before we continue our conference play next week against J.A. Fair.” 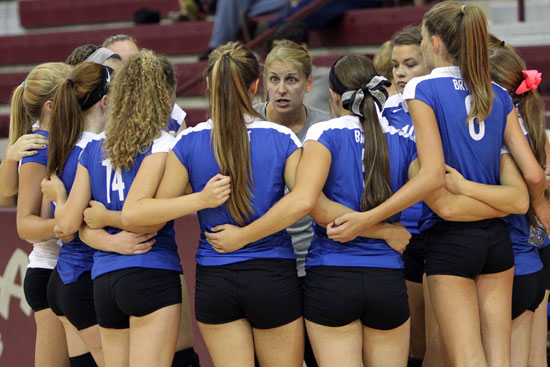