Rutherford awarded student-athlete of the month plaque by Sykes Enterprises 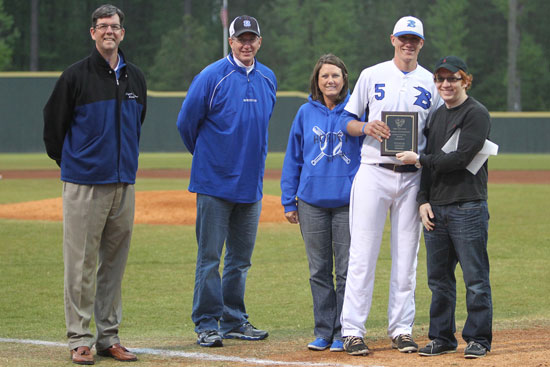 Bryant Hornets senior pitcher Nate Rutherford was honored as the student-athlete of the month by[more] Sykes Enterprises in Malvern on Friday night. Rutherford, who was accompanied by his parents Randy and Robbie Rutherford, was awarded a plaque by Justin Robinson, who’s in charge of Management Sustainment at Sykes. In addition, Sykes Management announced another $2,500 this year in scholarships for Bryant High School seniors. Also on hand for the presentation was BHS principal Jay Pickering.