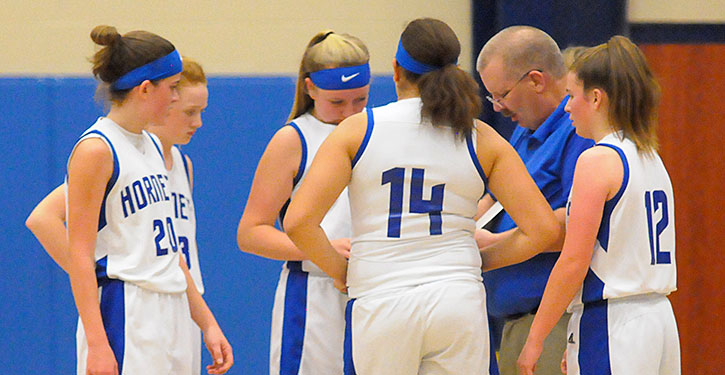 Natalie Edmonson and Emileigh Muse combined for 20 points to lead the Bryant Blue Lady Hornets eighth-grade team of Bethel Middle School to a 29-19 win over the White Hall Lady Bulldogs on Thursday night at the Bethel gym.

The Lady Bulldogs held a 12-10 at the half but the Lady Hornets held them to just 9 points in the second half.

“After a sluggish start in the first half, we came out with much more intensity the second half,” said Lady Hornets coach Joe Cook. “Natalie Edmonson played well on both ends, handling the ball and hitting some crucial shots and free throws on offense and defending well on their best player late in the game on defense.

“Emileigh Muse played well, especially on the boards,” he added.

The win evened the Lady Hornets record at 3-3. They’ll complete the pre-holiday portion of their schedule on Tuesday, Dec. 18, at home against Sheridan.