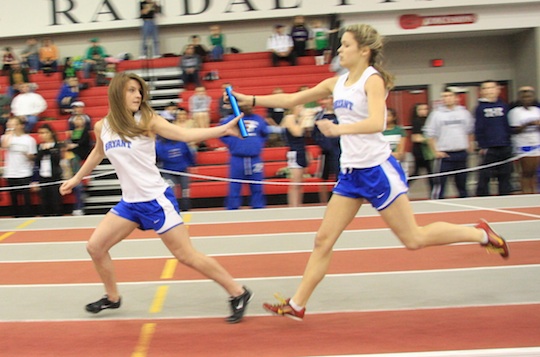 The highlight performance for the Lady Hornets was Morgan Seelinger’s state-record win in the 60-meter hurdles. Seelinger took the lead from the start and powered away from the field, crossing the line with a time of 9.34. Her time set a new Arkansas state record for 60-meter hurdles, breaking the old record of 9.49 set by Jenna Shepard of Bentonville in 2008.[more] 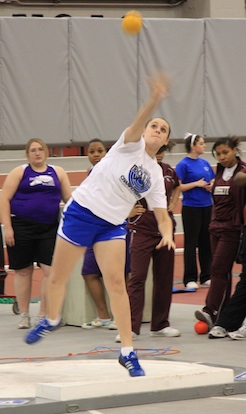 “Morgan ran a perfect race today,” stated Lady Hornets coach Danny Westbrook. “She got a great start and just pulled away from everybody by the middle of the race. She is so strong off the last hurdle into the line. I knew she had put in a great performance, but setting a new state record was a surprise.

“A big part of the credit for Morgan’s success goes to our hurdle coach Keith Dale,” noted Westbrook. “He has worked really hard improving her trail leg action and it definitely paid off today.”

Jordan Chadwick narrowly missed out on her second state title in the 400-meter dash. Chadwick and Bentonville’s Brittany Reagan battled the entire race with Reagan surging to the line to take the win with a time of 59.3. Chadwick took second with a time of 1:00.5. Chadwick also earned an eighth-place finish in the 60-meter hurdles with a time of 10.09.

“Jordan ran a very gutsy race in the 400,” Westbrook said. “She had a sore knee from having banged a hurdle earlier in the day. The girl from Bentonville surprised us, but we know who she is now and we’ll be ready at the outdoor state in May.”

The Lady Hornets also scored in both relays.

“The seventh-place team finish was really not what we were looking for,” Westbrook stated, “but, after the ACTA Invitational in early February, I saw that the state title was going to be a real long shot. We decided to try to put people in a position to excel and not worry so much about our team score.

“I think we have a chance to score better in the outdoor season,” he concluded. “With the addition of events like the 300-meter hurdles and the discus, which should be strong events for us, I think we can be a team contender at the big meets at the end of the season.”

The Lady Hornets open the outdoor season with their home meet on Thursday, March 18. 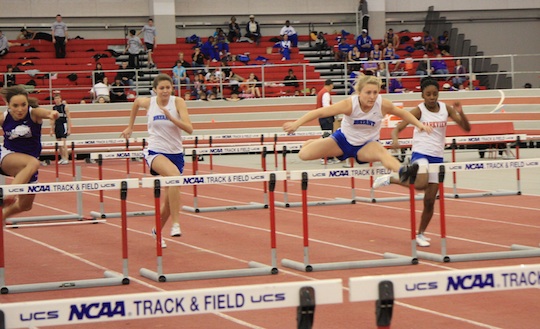