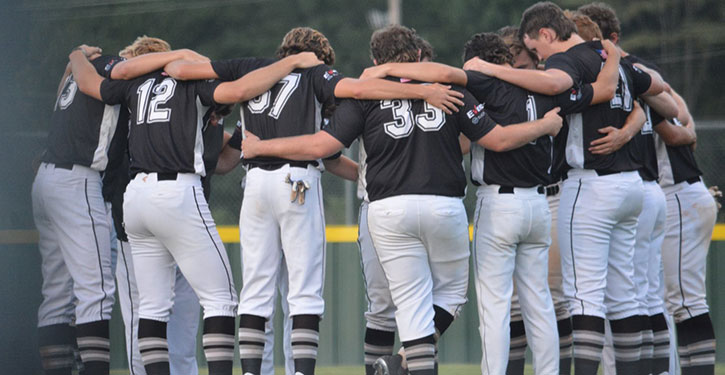 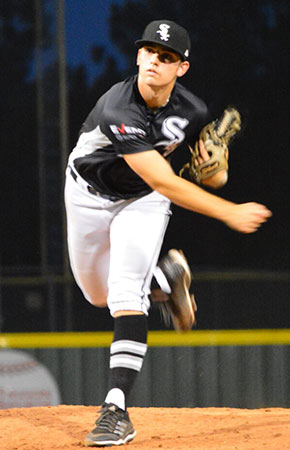 MEMPHIS — Logan Grant fired a two-out shutout over six innings and Matthew Sandidge drove in two runs as the Bryant Black Sox Senior American Legion team bounced back from a disappointing loss earlier in the day with an 8-0 win over Houston High School of Memphis, an extended-season team, at the annual Keith Hagan Memorial All-America Classic.

The Sox competed pool play 3-1. They were set to play the Memphis Tigers (Perritt) and the East Coast Diamonds on Monday.

Grant and the Houston started were locked in a scoreless duel over the first three innings. Houston singled with one out in the top of the first then didn’t manage another hit until a single to open the bottom of the fourth.

Grant struck out nine and walked four during his outing.

The Sox had taken a 1-0 lead in the bottom of the fourth. Cade Drennan singled and courtesy runner Konnor Clontz took second on a balk and third on a wild pitch. He scored on a groundout by Brandon Hoover. 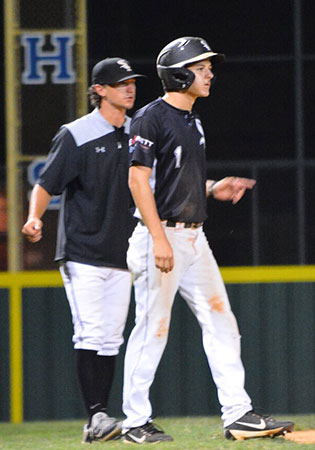 In the home fifth, Logan Catton drew a lead-off walk and took second on a wild pitch. Coby Greiner got a bunt down and beat it out for a single as Catton took third. Logan Chambers singled to make it 2-0 then Greiner was awarded home on a balk.

With one out, Drennan moved Chambers to third with a grounder to short. A wild pitch allowed him to score.

Grant struck out the side around a one-out walk in the top of the sixth and the Sox tacked on as the home half unfolded.

With one out, Catton took second on a wild pitch as Chambers drew a walk. Wright loaded the bases with a free pass so when Catton scored as Drennan’s grounder to short was misplayed, the Sox had a run-rule win.