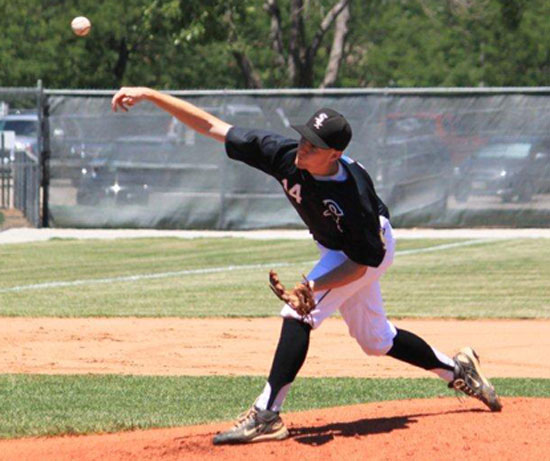 OMAHA, Neb. — Bryant Black Sox right-hander Jordan Taylor got off to a bit of a rough start in[more] the first pool play game of the annual Battle of Omaha Tournament Thursday. The Longmont, Colo., Twins jumped out to a 4-1 lead in the first two innings but Taylor settled in and allowed just two hits the rest of the game. The Sox erupted for five runs in the fourth and held on for a 6-4 win in Senior American Legion action. 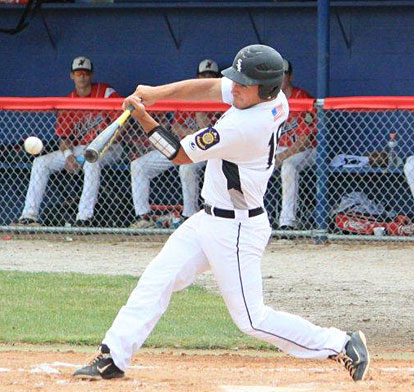 Bryant is set to continue pool play today at 1 p.m. against Lincoln, Neb., Pius, followed at 3:30 by a match-up against Branson, Mo. Pool play concludes on Saturday with the top teams in each of eight pools advancing to bracket play on Sunday with the championship game on Monday.

Tyler Brown opened the game-turning fourth with a liner to center for a single. He moved to second on a grounder to first by Josh Pultro and, after Hayden Lessenberry drew a walk, scored on a shot to center by Hayden Daniel.

Ozzie Hurt got a sacrifice bunt down and reached when the ball was misplayed by the third baseman, loading the bags for lead-off man Hunter Mayall, who came into the game hitting at a sizzling .619 on the young season. He ripped his second hit of the game, a three-run triple that put the Sox on top by a run. Tyler Nelson singled him in and the final score was on the board going into the bottom of the fourth.

The Sox threatened to add to their lead in the fifth when Brown doubled and Lessenberry walked but were denied. In the sixth, Mayall and Taylor drew walks but were stranded.

Along with Mayall and Brown, Nelson had two hits. Taylor wound up going the distance, allowing four runs on nine hits. But he walked just one and struck out seven.

Greg Spurgin and Reilly Mau each had two hits for the Twins.

Bryant actually drew first blood with a run in the top of the first. Mayall reached on an error, advanced to second on a passed ball and reached third on Nelson’s first hit, a single. Though Nelson was thrown out trying to stretch for a double, Mayall came on home when Taylor grounded out to second.

In the bottom of the inning, Taylor started with a strikeout but Spurgin singled and Jaron Balman cracked a double. Taylor got the second out when Julian Moroygui hit one back to the mound. Spurgin tried to score but Taylor fired to Lessenberry at the plate to retire him.

Consecutive singles by Mau and Joey Strauss gave the Twins a 2-1 lead.

Dylan Pollock, the Longmont starter, walked Brown and Pultro to open the second but worked out of the jam. And his teammates added to the lead with two in the bottom of the inning.

Taylor retired the first two but Pat Martien singled and scored on a double by Teagan Kramer. Spurgin singled to drive in Kramer, making it 4-1.
Lessenberry ended the inning by gunning down Spurgin on a steal attempt.

From there, Taylor pitched around a single and an error in the third and another single in the fourth (which Lessenberry erased with another laser throw to second on a steal attempt). He worked a 1-2-3 fifth, pitched around a lead-off walk to Moroygui in the sixth with the help of a doubleplay, then retired the side in order in the seventh.

The win improved the Sox to 8-0 on the season.