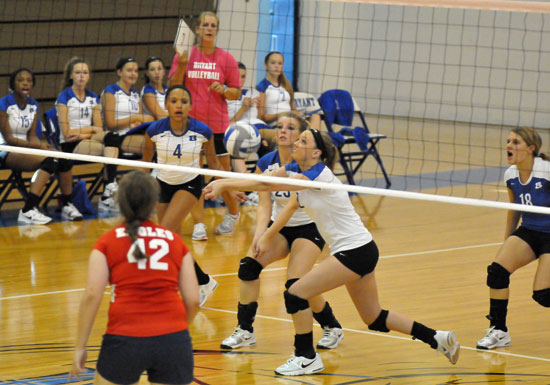 LITTLE ROCK — It figured that the Bryant Lady Hornets would have the fledgling Arkansas Baptist Lady Eagles volleyball team a little overmatched Tuesday evening. And the scores of 25-8, 25-4, 25-8 certainly indicate that. 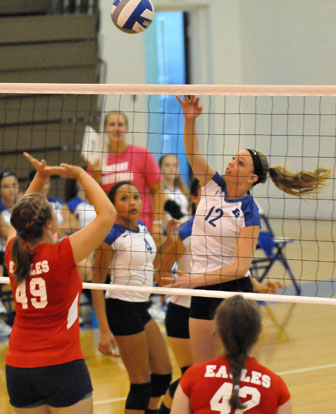 But even more so is the fact that of those 75 points, 44 of them came on service aces including a whopping 24 by sophomore Savannah Shelton, who was good on 91 percent of her serves. Mariah Aguilar added eight aces, Kaci Squires six with Madison Greeno and Skylar Harper contributing three each.

“Arkansas Baptist’s volleyball program is only in it’s second year,” noted Lady Hornets coach Beth Solomon. “They have a new coach and she is doing a lot of good with them. I can remember being in that position as a coach. I’m willing to bet that when we play them again in a few weeks that they will look like a much better team. We will need to be on our toes.”

Bryant wound up with 12 kills, four by Aguilar, three by Greeno and two from Harper. Shelton added seven assists.

“During the second game, Savannah was on a role spot serving to nearly every location I told her to serve,” Solomon noted. “After serving about 18 straight points, I looked at her and told her to jump serve, which now we know is our new secret weapon. She had a great jump serve on top of her other serves. She did a great job for us.”

The Lady Hornets’ projected starters did not play in the match. They’ll get a thorough workout on Thursday, however, when the team competes in a jamboree at Benton. They’re set to open at 5:30 p.m. against Pulaski Academy followed by a match with Mount St. Mary Academy at around 6. After a break, they’ll come back at 7:30 to take on Little Rock Christian. After a match with Malvern at 8, they’ll take on Benton at 9 to wrap up the evening.

Each game will be played to 25 or for 25 minutes, whichever comes first. 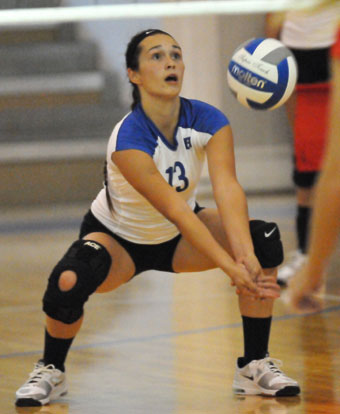 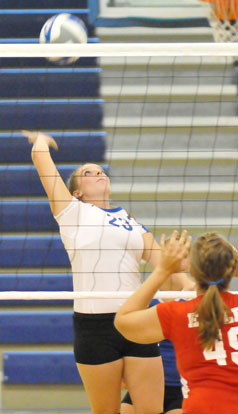 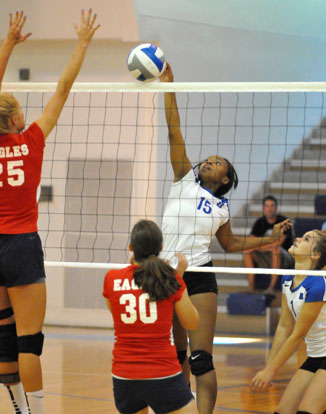