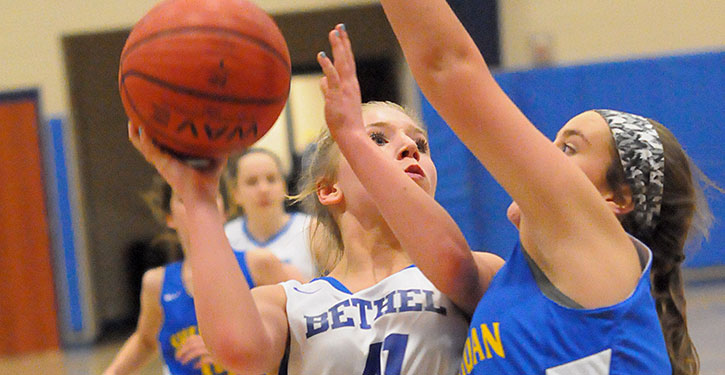 The Bryant Blue Lady Hornets seventh-grade team of Bethel Middle School finished up its pre-holiday schedule on Tuesday night with a home game against the Sheridan Lady Yellowjackets seventh-graders.

Sheridan pushed out to an early lead on the way to a 31-8 victory.

Saffy Purdom and Jadyn Miller each had 4 points for the Lady Hornets.

Bryant Blue will return to action in the new year, traveling to Lake Hamilton on Tuesday, Jan. 8.