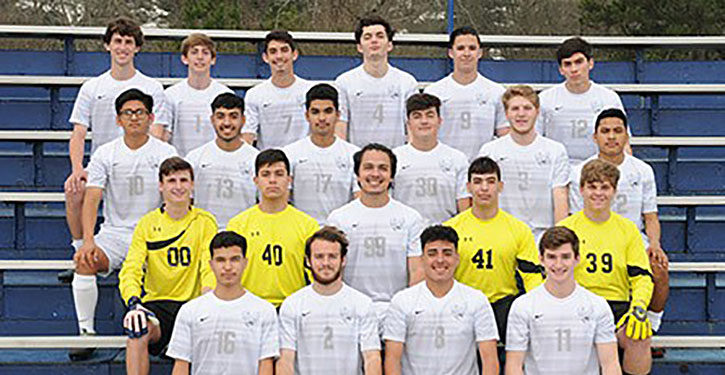 It’s been a remarkable school year for Bryant athletics. The Hornets football team reached the State championship game for the first time and won it. The boys’ basketball team made the finals for the first time and, today, to top it off, both soccer teams will play for State titles, starting with the boys’ match against the Springdale Bulldogs at 2 p.m., at Razorback Field on the campus of the University of Arkansas in Fayetteville. The girls will play league rival Conway at 4.

For the Hornets, it’s a first, reaching the championship round. For the girls, it’s a return engagement. The Lady Hornets won a State crown in 2015 and, last year — the first under head coach Nicole Inman — they played for a title only to fall, in a thriller, to Rogers.

Consider: The football team, the boys’ basketball team, the Hornets baseball team and the boys’ soccer squad each finished their respective conference seasons with just one loss. And the Lady Hornets soccer team had just two, both against Conway.

As everyone knows, it’s hard to beat a good team three times. (An old axiom that proved excruciatingly true for the Bryant baseball team against North Little Rock, who spoiled their thoughts of playing for a State championship in a 10-inning quarterfinal game.)

Of course, most know that the girls’ soccer team has been inspired by their head coach who has been battling brain cancer throughout the year, a fact that has led to the team and coach being dubbed “Hope Warriors”. That and the fact that Inman’s twin daughters, Abbey and Ashton, are sophomore starters on the team would bring added emotion to winning a championship.

Bryant, 17-2, reached the finals by ousting Fayetteville 1-0 then beating out 6A-West champion Bentonville, 2-0. Conway, 19-1-1, got there with a 4-1 win over Rogers Heritage and outlasting league rival Mount St. Mary Academy, 1-0.

The Hornets, 16-2-2, advanced by defeating Van Buren 2-1 and Rogers in a shootout after the game was scoreless through regulation and two overtimes. Springdale, 17-2, won over Conway, 2-1, and Bentonville, 3-0. Both teams won their respective conference championships.

Bryant will hope for a little revenge to go with winning a title. Springdale knocked the Hornets out of the 2018 State tourney.

“They’re good,” acknowledged Hornets coach Richard Friday. “We played them last year and tied 1-1 early in the season. We lost in PKs to them. Then we lost to team 3-2 in the playoffs.

“They’re quality,” he continued. “Their first touch is good. They’re athletic. I know they like to, whenever they get the ball in the back, push four or five players forward onto a backline and just try to go at it at pace getting to the end.

“It’s something I’ve talked to the boys about,” the coach mentioned. “If we can get it and put it on the ground and keep it instead of hitting it back to them then we can dictate the play and knock it around and, hopefully, get them pinned in their end a little bit more, defending it a little bit more, and we can have some opportunities.

“We have kids that can finish,” he concluded. “We’ve just got to get down to that end.”

As for other preparation, Friday said, “We just keep doing the same things we’ve been doing. The biggest difference is going to be playing on an actual grass soccer field versus a football field, in which you gain about 20 yards in width.”

The Hornets traveled to Hendrix College in Conway to practice on a natural surface. It’s where the Lady Hornets played in their victory over Fayetteville to start State.

“I think the kids will stand up,” Friday said. “We talk about fear versus respect. You should respect your opponent. If you don’t bring you’re a game then you can get beat. But don’t fear them. Don’t get into just trying to hold on to go to PKs or anything like that.

“This could be a once-in-a-lifetime opportunity, let’s go take advantage of it,” he asserted.