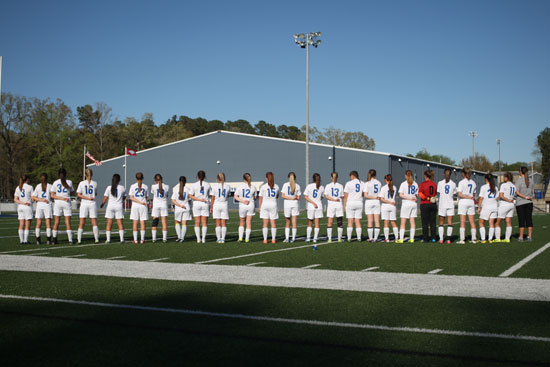 Now 13-1-1 overall and 6-0 in South Conference play, the Lady Hornets solidified their bid to earn a first-round bye for the Class 7A State Tournament, improving their lead in the ratings points ranking with the teams from the West Conference. Bryant, though playing in the South during the regular season, will be seeded with the West teams for State.

Less than two minutes into the match, senior Katie Barrington broke the ice with a goal off a feed from Shelby Gartrell. The second goal didn’t occur until the first half was 25 minutes in. At 14:56, Hailey Levinson found the back of the net off the first of three assists from Bailey Gartrell. Her second assist came just three minutes later on a goal by Lexie Balisterri.

It remained 3-0 until the final couple of minutes of the half when the Lady Hornets put together a pair of quick goals to extend the margin to five at the break.

Rori Whittaker scored off a feed from Taylor Matthews who, in turn, took a pass from Bailey Gartrell and scored with about a minute left.

The second half wasn’t quite a minute old when Morgan Hawkins was awarded a penalty kick, which she drilled to make it 6-0. That brought on the mercy rule, cutting the second half from 40 minutes to 20. At the 14-minute mark, Matthews got her second goal on a header. Kara Taylor got the assist. 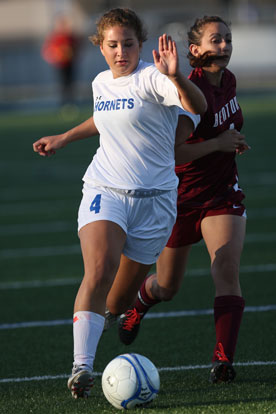 “Overall, I thought the girls played pretty decent,” stated Bryant coach Julie Long. “We had a lot of trouble just finishing so that’s what we’re going to try to focus on, try to fine-tune before the State tournament.

“They moved the ball well,” she added. “I’m still happy with our ball movement. My biggest complaint was their finishing. Once we got inside the 18, they just really struggled. It was more then intensity to score. We wanted to pass the ball.

“I think it’s the difference in playing different kinds of teams,” the coach continued. We’re having to adjust to different kinds of teams that we’re playing. There’s not one team that’s going to pressure you the same and do the same stuff so right now it’s a learning process. They’ve got to learn how to read the defense a little better, I think.’

“But, overall, I was pleased with how we played,” Long concluded.

The Lady Hornets take a break from conference play on Monday, April 15, when they head to Little Rock Central, and on Thursday, April 18, when they host Searcy. Both figure to be challenging contests for the Bryant team, which as only allowed four goals during regulation play in 15 matches this season. 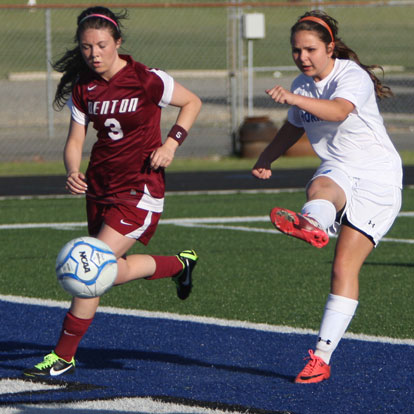 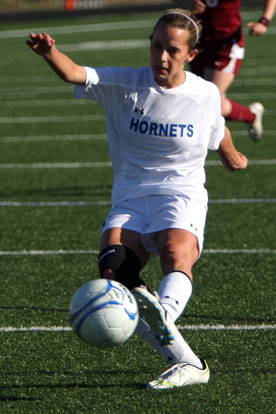 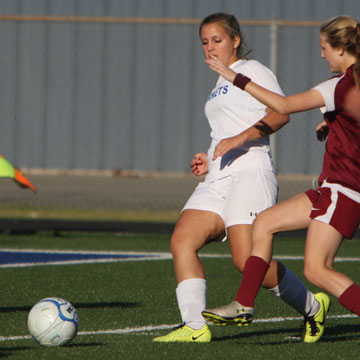