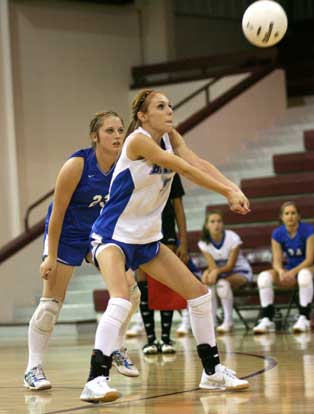 This time, the Bryant Lady Hornets finished and they couldn't have picked a better time to do so.

On Thursday, Sept. 3, the Lady Hornets found themselves in a precarious position. Through three games of their 7A-Central Conference and home opener against Little Rock Central's Lady Tigers, the Lady Hornets were a game away from absorbing their third loss of the season. With memories of an opening loss against Lake Hamilton in which they'd led 2-0 and a sweep at the hands of the rival Benton Lady Panthers days later, the Lady Hornets mustered a scintillating rally to win the match, 23-25, 25-11, 16-25, 25-17, 15-9.

Taylor Shutt led the Lady Hornets with 12 kills. Kayla Davidson served up nine aces while Jordan Armstrong was in on five blocks, four assists and one solo, and Brianna White added three solo blocks and an assist.

"Taylor Shutt probably had the best game she's ever had," asserted head coach Beth Solomon. "She was probably our best player.

"Our back row was just amazing," she added. "Morgan Crider had some great saves. There were balls that most teams probably wouldn't be able to get but she got to them and was able to pull them back in then we could play the point out.

"They all played well," the coach said. "They played hard in game one, won game two and I think we shut down in game three. But then they pulled it back out and we took four and five. They played hard, they didn't give up, they played together and they stayed together. It's exciting." 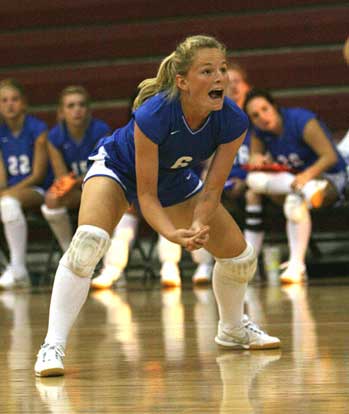 Solomon said she couldn't recall everything she told the team going into the final game. "I know we talked about keeping the momentum," she related. "They believed in themselves and that was, I think, the big thing. When they got up, they stayed up."

The performance was a stark contrast to the previous outing against Benton.

"I'm not really sure what happened at Benton but (after that game) we talked about keeping their heads together, keeping their heads in the game, not being mental, you know?" Solomon said. "We had some girls that felt like they had too much pressure on them so we tried to take some of that off. We focused a lot more on the positive side of things and it paid off."

It was the first win as a high school volleyball head coach for Solomon. "It's really exciting," she acknowledged. "But the girls did it, not me. They're the ones on the court winning points."