A record-setting performance by Spencer Sullivan helped the Bryant Hornets capture a second[more] place finish in the Bryant Hornet Relays on Thursday night. Sullivan earned victories in both the 110 meter hurdles (15.61 seconds) and the 300 hurdles to lead the way for the Hornets. Sullivan's time in the 300 hurdles was 39.42, which was a new school record by almost a second. The previous school record of 40.34 was set in 1994 by Michael Berkshire. 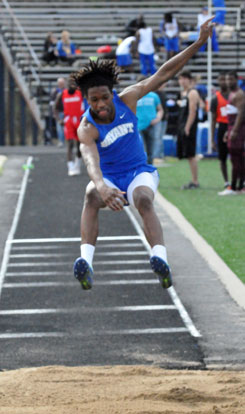 Also placing first for the Hornets was Clifton Hampton in the 3200 meter run. Hampton stormed from behind in the last two laps to take the victory in a new personal record time of 10:22.79.

The 4 x 400 meter relay team of Steven Murdock, Brendan Young, Darien Jarrett, and John Winn was second in 3:33.73. Also picking up second-place points was the Distance Medley Relay team of Hampton, Tyler Purtle, Lester Lowery, and Connor Wilson with a time of 11:33.73.

"I am very pleased with our performance,” stated Hornets coach Steve Oury. “Spencer Sullivan did a wonderful job in both hurdle races. His 300 hurdles school record was a thing of beauty. Clifton Hampton had a breakthrough performance in the 3200 meter run. He has been running very well in workouts, so it was great to see it in a race.

“Darian Jarrett had a great meet in the long and high jumps, as well as running a tremendous leg on the 4 x 400 relay,” the coach continued. “t was also great to see John Winn in action again at the 400.

“Overall, a tremendous way to start the year,” he concluded. “Coach Brad Stroud, Coach John Orr, and Coach Keith Dale are doing a great job of working with the boys in the events they coach. We will be looking to pick up where we left off when we come back from spring break." 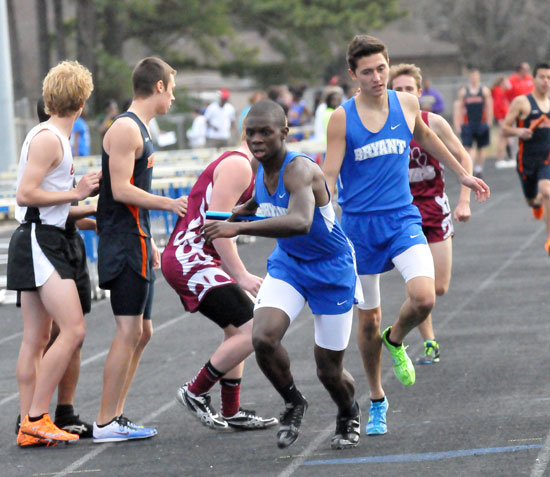