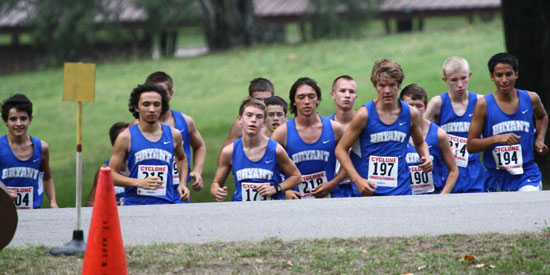 RUSSELLVILLE — The Bryant Hornets jumped back in to action Saturday in Russellville after a three-week break since their last meet. The Hornets placed third out of 15 teams at the Cyclone Invitational, with Charlie Terry leading the way for the Hornets with a fifth place finish in a time of 16:58 over the 5-kilometer (3.1 mile) course.

“Our top four runners all did a great job executing the race plan,” said Hornets coach Steve Oury. “Clifton Hampton and Ben Majors both ran big personal records. We just need for someone to step up and join them.

“We knew Catholic was going to be tough to beat,” he added, “but I felt like Russellville was in our reach. They just got out to an early lead and we couldn’t quite get them in the end. Overall, we had a very good meet.  Several runners showed big improvement since our last 5k at OBU three weeks ago.

“While this was tougher competition than at OBU, next week the competition level will be unbelievable at Chile Pepper,” said Oury, referring to the annual meet at the University of Arkansas in Fayetteville, which will be next Saturday. “It should be a great experience.” 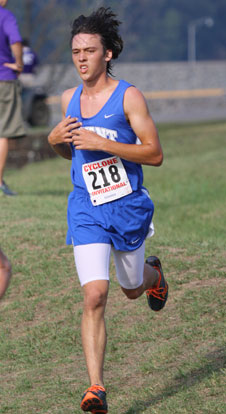 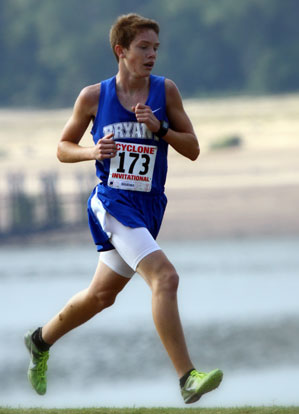 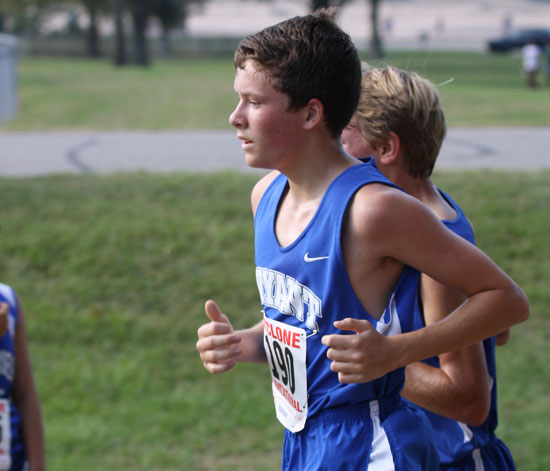