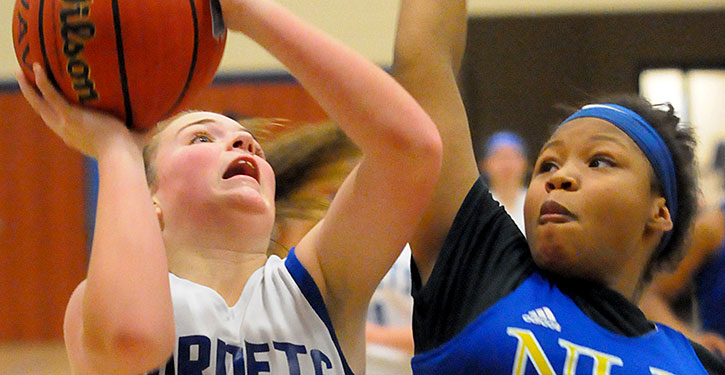 Trailing 19-11 at the half, the Bryant Blue Lady Hornets eighth grade team of Bethel Middle School rallied in the third quarter to pull within 24-22 but just couldn’t quite get over the top as North Little Rock held on for a 32-28 win on Tuesday night at the Bethel gym.

The Blue Lady Hornets are now 6-5 heading into a game at Hot Springs Lakeside on Thursday.

Mary Beth James led the Lady Hornets with 9 points. Abby Gentry and Anna Brown had 5 each, Natalie Edmonson 4 with Simone Dinstbier and Emileigh Muse adding 2 each.

“The girls played well enough to win but we missed way too many shots at the rim and turned the ball over way too many times,” said Bethel coach Joe Cook.

A 13-point second quarter provided a 19-11 halftime advantage for North Little Rock. Edmonson and Gentry each hit 3-pointers during the third quarter rally for the Lady Hornets.