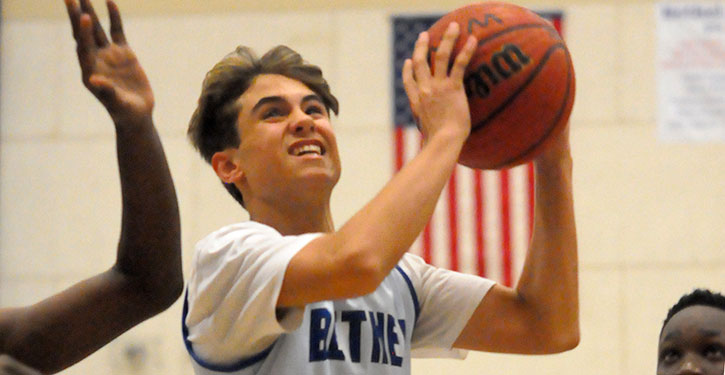 Cairon Allen scored all 7 of his teams points in the third quarter as the Bryant Blue Hornets seventh-grade team of Bethel Middle School pushed past North Little Rock 28-18 at the Bethel gym on Tuesday night.

The Hornets and Charging Wildcats were even after a quarter, 7-7. Bethel pulled ahead 11-9 by halftime. Allen’s spree in the third increased the lead to 18-13 going into the fourth quarter.

Baugh had all 4 of his points in the final stanza with Pitts, Trickey and Motes adding to the advantage.

“I thought our kids played well,” said Hornets coach Steve Wilson. “We stayed under control for the most part. We did get in some foul trouble the first half, but Andrew Karp and Aiden Lallier gave us some great minutes during that time.

“We were able to slowly build a lead the second half and close it out at the end,” he noted.”

The seventh-grade team plays next at Hot Springs Lakeside on Thursday.