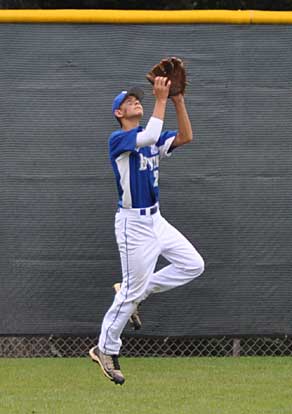 LOUDOUN COUNTY, Va. — When you’re playing some of the best teams in the country, chances are you’re going to run into a pitcher or two that are among the best.

That’s what happened to the Bryant 14-year-old All-Stars on Sunday at the Babe Ruth World Series. In the second game of pool play, Bryant ran into a tough hurler named Alec Dannat from Vancouver, Wash. Dannat took a no-hitter into the seventh before Bryant’s Chase Tucker cracked an 0-2 pitch for a single to left. An out later, Tristan Matthews singled to left as well.

But Dannat ended the game at that point with his fifth strikeout.

The 7-0 win was the Series opener for Vancouver, which had Saturday off. Bryant fell to 0-2 going into Tuesday’s contest with Arlington, Mass., which lost its opener on Saturday, 8-1, to Waite Park, Minn., but bounced back Monday to beat host Loudoun County, now 1-2.

On Monday, the Minnesota team improved to 3-0 by knocking off Vancouver. Bryant plays Waite Park to wrap up pool play on Wednesday.[more] 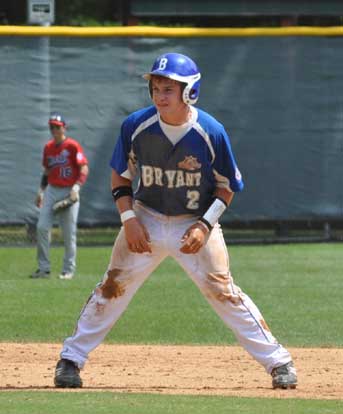 The top three teams from each of the five-team pools advance to the single-elimination championship round.

On Sunday, Vancouver took a 1-0 lead in the bottom of the first when James Becker beat out an infield hit then stole second and drew a wild throw that allowed him to take third. His teammate Jacob Lewis launched a sacrifice fly to center to get him home.

Bryant starter Wesley Akers gave up a single to center but then retired the next two batters to keep it 1-0. Those two outs started a stretch in which the right-hander retired six in a row going into the fourth inning. 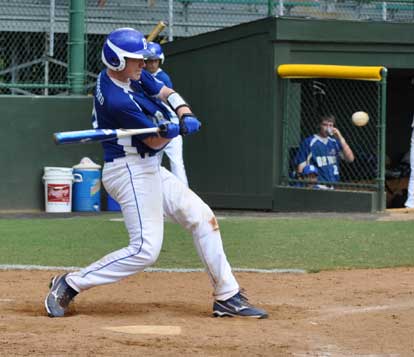 Bryant got a pair of runners aboard against Dannat in the second. With one out, Graddy reached on an error and, with two down, Rutherford drew a walk. But, as he did in three innings, Dannat ended the threat with a strikeout.

That started a stretch in which the Washington hurler set down 12 in a row. In the meantime, Vancouver erupted for five runs in the fourth, taking advantage of three Bryant errors and a walk with four hits.

In the fifth, Akers issued a lead-off walk then gave way to Dale who hit a batter and gave up an infield hit. But with the bases loaded, a shallow fly was hauled in by Miller in left then Graddy picked off the runner at third. A grounder to short ended the inning with no further damage.

Bryant made a bid at a rally in the sixth when Dale reached base on a two-out error, ending Dannat’s string. Akers drew a walk but a grounder to short resulted in a force at second to end the inning.

Vancouver tacked on a run in the bottom of the sixth and the game went to the seventh with the only Dannat’s no-hit bid to decide. 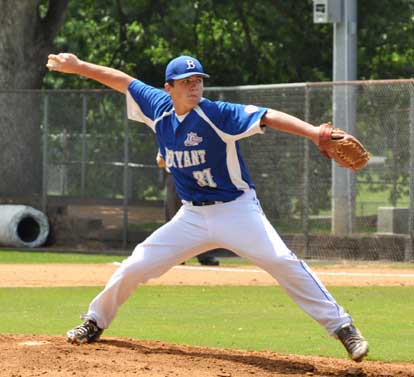 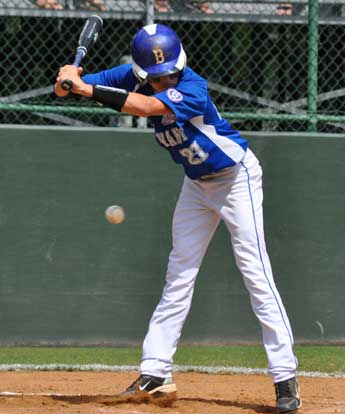 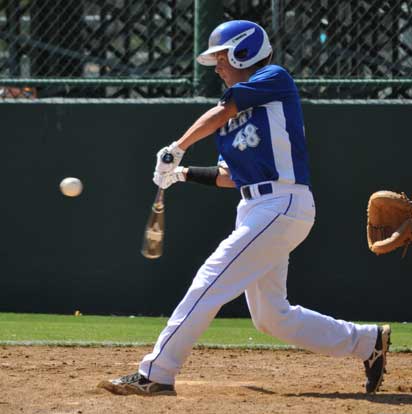 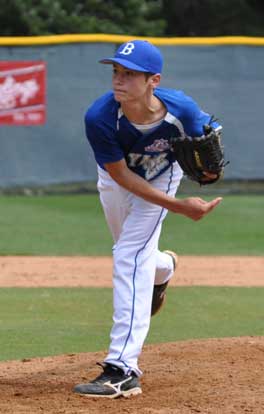