TV given away as part of Lady Hornets Classic fundraiser 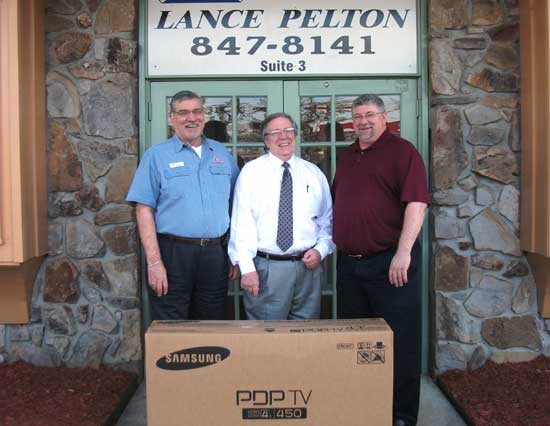 Bert Johnson, center, of Little Rock is presented with a new television by Farmers Insurance agents[more] Ray Baggett, left and Lance Pelton of Bryant. The giveaway was part of a fundraiser for the Bryant Lady Hornets softball program in conjunction with the Lady Hornets Classic youth tournament held at Bishop Park last weekend.

“Farmers Insurance Group has helped support the Lady Hornet softball program for three seasons now and has been a valuable asset to the organization,” said Will Rice, vice-president of the Lady Hornets Softball Booster Club. “I would like to thank them for their effort and support.”