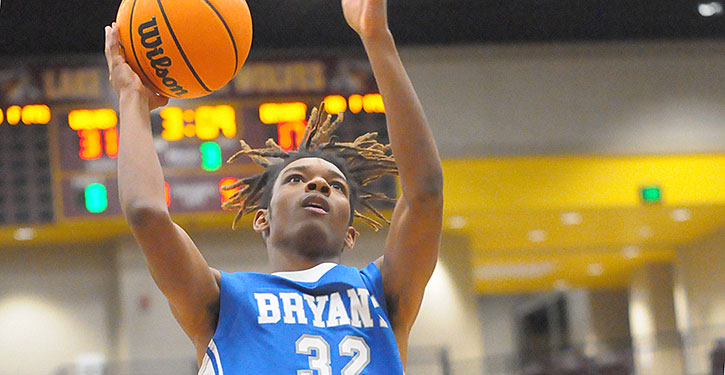 Wolves, off night for Hornets results in lopsided contest

For more photos of this even by Kevin Nagle, go here

PEARCY — After winning five games in a row by attacking teams with their defense and attacking the rack on offense, the Bryant Hornets freshman team struggled to do both on Thursday night.

And it was an old nemesis that frustrated them, the Lake Hamilton Wolves.

Only twice this season have the Hornets been held under 25 points in a game and both times it was the Wolves. The first time was on Nov. 18 when the Hornets were still trying to get their legs under them. This time, with the legs firmly planted in those last few games, they suffered a 45-23 loss, their first in Central Arkansas Junior High Conference play.

Bryant, Lake Hamilton, Conway White and Little Rock Catholic are each now 2-1 in league play. North Little Rock leads with a 2-0 mark after a 48-34 win over White Thursday.

The Hornets struggled to keep the Wolves in front of them on defense. Even when they extended with presses, they were unable to turn the Wolves over. Lake Hamilton had just five miscues.

And, when they tried to attack the basket on offense, they were often denied by a collapsing zone defense. Bryant’s penetration wound up with the players having to pull up in the lane to try to loft shots over Lake Hamilton defenders under the bucket.

No zones have slowed the Hornets down this much either. Usually, Bryant’s 3-point shooting will loosen up a packed in zone but, on Thursday, they were just 1 of 10 from distance.

Somehow, Lake Hamilton was only cited for three fouls in the entire game, leaving the Hornets with just two free-throw attempts. The Wolves were 6 of 12 at the line.

Nasir Vinson and Jaylen Russ each had 6 points to lead the Hornets in scoring. Jordan Knox and Cory Nichols added 4 apiece.

The game was tight for most of the first half. Nichols tied the game at 7-7 after the Wolves had managed a narrow lead in the early going. Pennington hit a 3 then Vinson hit the offensive glass in response, and it was 10-9.

But Robinson finished the scoring in the quarter to make it a 3-point game going into the second stanza. Ivory Gilmore scored to make it a 1-point difference again. Robinson hit a free throw then Bryant’s Chris Gannaway fed Russ for a basket that tied the game 13-13.

Kendrick Martin and Russ traded baskets to make it 15-15 with 2:53 left in the half but the Wolves scored the last 8 points of the half including a 3 by Pennington that made it 23-15 at the intermission.

And when Lake Hamilton started the second half with a quick 6 points, the Hornets found themselves trailing by double digits. Nichols ended Bryant’s drought with 4:24 left in the third quarter. His jumper in the lane was matched by Martin. Vinson’s basket in return proved to be the Hornets’ last of the quarter. It came with 3:08 left in the third.

By the end of the period, Lake Hamilton’s lead got pushed to 20, 39-19, out of the Hornets’ reach, though they continued to try to get after it on defense.

The Hornets will be off until next Thursday when they’ll host Catholic, another team that beat them early in the season. 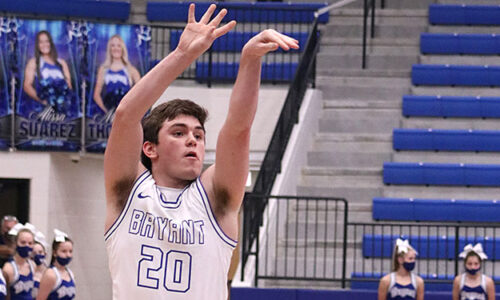 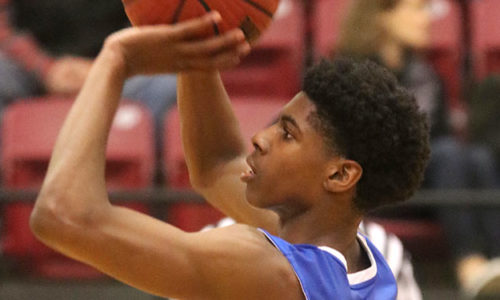