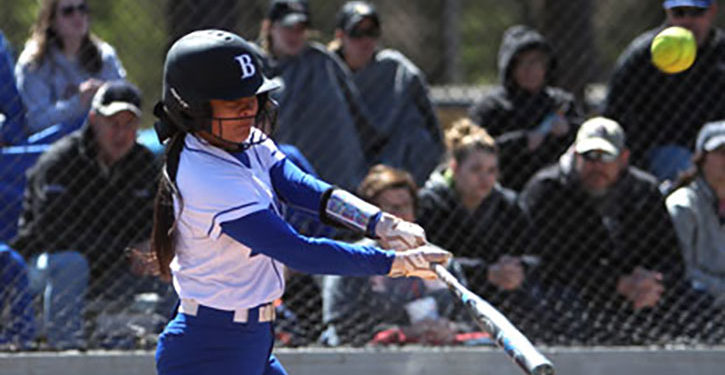 In retrospect, the 2016 Class 7A State softball championship could be said to have been determined in the quarterfinals. That’s when Bentonville and Bryant tangled. In an epic battle, the game went to extra innings before a two-out RBI double gave Bentonville a nail-biting 4-3 victory.

With all due respect to Rogers, which Bentonville defeated 3-0 in the semifinals, and North Little Rock, which the Lady Tigers pounded 12-1 in the championship game, the Lady Hornets came as close to knocking off the eventual champs. Who knows what might’ve been had Bryant found a way to win?

Fast forward to the 2017 season and the Lady Hornets look to be a threat again to take State. Of course, there’s lots to do between now and then but Bryant gets that process started Thursday with a benefit pre-season game against the Sylvan Hills Lady Bears, starting at 5 p.m., including a benefit fish fry with all the fixin’s at Lady Hornets Yard. (Tickets are $15 each for adults, $10 for kids 12-and-under. Riverside Grocery and Catering is supplying the food.)

“They look good, very strong,” said Lady Hornets head coach Lisa Dreher when asked about preparations for the season earlier this week. “We’re returning everyone but two starters, (catcher) Julie (Ward) and (infielder) Shayla (McKissock). We got a transfer, (junior) Madison Lyles, from Lake Hamilton and she has seemed to do very well at shortstop. She’s a real good athlete and has really been working hard in the off-season to fix a few mechanical things. She’s really impressed me.

“This is one of the strongest offensive teams I’ve ever had,” she declared. “There’s not a lot of weak spots in the lineup. It should be fun.”

Chism was an all-conference selection as a freshman last year.

“We’ve got a real strong junior class that have all had an impact on the team,” Dreher said. “Macey, being a senior this year, she really seems to have matured and buckled down with things. It’s been good.”

Jaramillo has verbally committed to play in college at Bossier City Community College next year.

Once basketball is over on Friday, Loveless will be returning as the starting pitcher for the Lady Hornets and Dreher has high hopes for Hulett, a lefty.

“She’s got the same power as Raven,” Dreher said. “She moves it a little bit more. And she’s a super strong outfielder.”

Dreher hopes to alternate the two with the one not pitching, playing centerfield.

“Raven can cover more ground that anybody out there,” the coach mentioned. “We look forward to seeing what she can do when she comes out. She’s had some good workouts at 6 a.m. She’s been working. I think we’re doing a better job of getting her ready than last year.”

Loveless battled a blister on a finger of her pitching hand much of last season.

“I think they push each other,” Dreher said of her two hurlers.

Ryan, who set a State record for most singles in a season with 53 in 2016, will be in left for the Lady Hornets. Tentatively, Dreher has Jaramillo penciled in to play right field.

“She has the best arm on the team,” the coach noted. “She gets good breaks on the ball.”

Bonvillain will start at third base, Dreher said. “She has worked, worked, worked since we let out in May, through the summer and fall. Every time the cage is open or I’m up here at the field, Gabbie is the one that’s here. She’s not the most talented, athletic player but she’s put the time in so she’s the one.”

Trammell is working at first base and Evans at second. “Solid as she can be,” said Dreher of Evans. “She’s made a verbal commitment to SAU (Southern Arkansas University).”

Chism will be the catcher, where she played in junior varsity games last year. She played other positions for the varsity with Ward, a three-year starter, at catcher. In the Bentonville game, Ward got injured late in the game and Chism made her varsity debut behind the plate. Evans will be the back-up catcher.