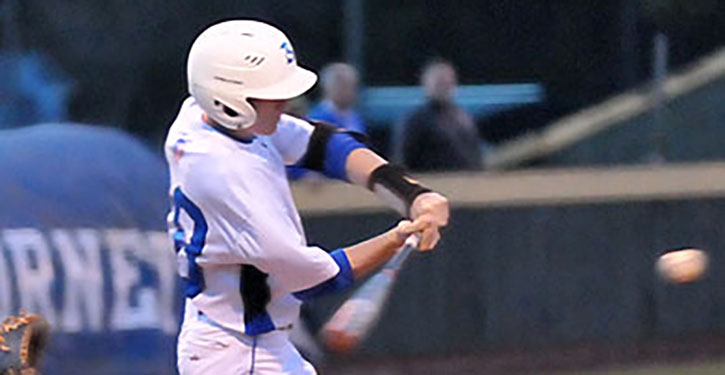 With very few players returning with any varsity high school experience, that’s the formula for new head coach Travis Queck, who takes over for National Coach of the Year Kirk Bock, after serving as his top assistant in recent years.

Bryant gets started with that on Thursday at 5 p.m., with a pre-season benefit game against the Lake Hamilton Wolves at Bryant High School Field.

The Hornets are coming off a tremendous 2016 season in which they finished 31-2 and captured the program’s fourth Class 7A State championship in the last seven years. Phenomenally, it’s been every other year for the Hornets, 2010, 2012, 2014, 2016. Some might say this this is an off year but these Hornets would like nothing better than to break that cycle and repeat this season.

The key to make a bid to do that will be the rapid maturation of a young team, hit by graduations, transfers, disciplinary rulings and such stuff.

The returning players are infielder Seth Tucker, who’ll be a primary pitcher as well this season, and Beaux Bonvillain, a lefty hurler who’ll get some time in the field too. They are two of just five seniors on the team along with outfielder Cameron Coleman, pitcher Boston Heil and utility man Diego Vargas. Heil and Vargas will become available around mid-season.

“Practices are going smoothly,” Queck reported. “We’ve got a lot of new faces everywhere. They’re still trying to figure out where they fit in and what they can and can’t do. It’s frustrating at times because it’s not what we’ve had in the past as far as the numbers.

“But, you know what?” he added. “The guys are doing a good job. They’re working hard. They work hard together. It’s going to be a fun one this year.

Asked about changes he and pitching coach Stephen Tharp and new assistant Guy Brown and volunteer coach Jacob Roper might make, Queck said, “We’re going to do what we’ve been doing for the last few years. Nothing’s been changed so these guys feel pretty comfortable.

“It’s a bunch of guys that can do some things but haven’t been able to crack the lineup because of guys in the past,” he added.

Bonvillain, a pre-season second team all-America pick who has signed to play in college at the University of Central Arkansas in Conway, went 4-0 with an earned run average of 0.93 last season. He fanned 26, gave up 23 hits and walked just seven in 30 innings as a junior.

“He’s going to be our workhorse this year along with Seth,” Queck said. “Seth will be our two.

“We’re still on the mend with Logan Grant. Hopefully, we can get him towards the end of the year. He’ll provide much-needed depth there.”

Queck also mentioned Greiner and McEntire as well. “Two young arms that will compete,” he said. “Along with Beaux, the other guys are competitive. They’re going to go to the mound and give it what they’ve got. They’re not going to blow any radar guns up but it’s going to play to our defensive philosophy.

“We’ve also got Myers Buck and Grayson Prince and some guys that, along with Boston Heil, that we see throwing in some quality innings at some point in the season,” the coach added.

Tucker is a side-winder from the right side who threw a couple of varsity innings last spring.

“I get in there and track some of his ‘pens and I’m jumping out of the way and the ball’s going over the plate,” Queck said. “It’s something different. So, when you’re talking about a seven-inning game, it’s going to take you two at bats to kind of get a feel for it. So, now you’re talking about the fourth or fifth inning and Seth could have you figured out. Seth’s a very cerebral ballplayer. He’s got that deception and that movement that will help him out.”

Tucker will be at shortstop when he’s not pitching. He gives the team an element of speed too as he stole 11 bases last season. When he’s on the mound, Queck said, “It’ll probably be between Coby Greiner and Konnor Clontz and Myers Buck (at short).

“Scott Schmidt is at second base,” he added. “He’s a guy we feel comfortable playing at that position. He’s done some good things.”

Chambers slots in at first base. “He’s a guy that can supply something at the plate as well as a young leader on the field,” the coach related.

At third, Catton and Clontz are seeing time. “Logan is a hard-nosed ballplayer,” Queck said. “Konnor can do some things defensively. We’ve just got to find a way to put him in a lineup the best way that suits him and us.

“What we’re going to be faced with is a rotation,” he mentioned, “because some of those guys are going to factor on the mound; to see what we can do to put the best guys in the best positions to succeed.”

The coach said there are a slew of outfielders that are vying for playing time.

“When Logan Grant is healthy enough to play defensively, to throw, we may see him out there and maybe DH’ing for him to keep him from re-injuring that nerve, that tendon,” Queck said.

Sandidge will patrol centerfield with Coleman in left along with DH. Prince, Greiner and Bonvillain will play some outfield as well.

“Beaux is a guy that, in the past, has been a pitcher-only but trying to build up some depth in positions, we’ve moved him, made him an outfielder,” he added. “Plus, he swings it. He gives us a chance at the plate.”

Wright, who is fairly new to the position, will start at catcher with back-up from Lessenberry.

“For a guy that just moved to the position last year, Jake has come a long way,” Queck said. “He’s still got a long way to go but he’s got the tools and the athletic ability to do it. We feel confident back there with him. It’s just getting him playing time.”

In Thursday’s game, Queck said, “We’re going to use five or six arms. We’re going to play it like a live game. I don’t know that we can play these guys enough right now. We are going to get these young guys playing experience.

“I’m pretty excited about the guys we’ve got and I’m eager see them play,” he added. “It’s just that they haven’t. You don’t know how they’ll react and things like that. It’s going to be a learning experience but, at the same time, we don’t want to let up off our goal of being one of the best programs in the country.”

The Hornets officially open the season at home against Arkadelphia on Monday, Feb. 27.

Young but experienced, Lady Hornets’ prospects promising in 2017
National Umpire School to be held this weekend in Bryant