The Bryant Blue Hornets teams of Bethel Middle School made successful returns to competition on[more] Thursday against their respective counterparts from The Anthony School. In an eighth grade game, Bryant Blue rolled to a 36-14 victory while the seventh grade game went to the Hornets 37-16. 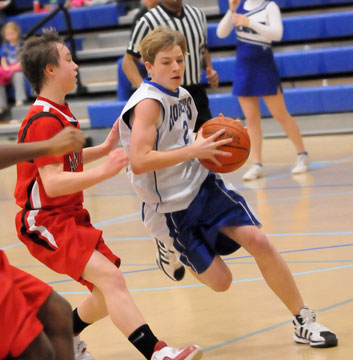 The eighth grade Hornets are now 6-4 going into a trip to Cabot North on Monday, Jan. 9. The seventh grade team improved to 7-2 going into its next game on Tuesday, Jan. 17, against Conway Carl Stuart.

In Thursday’s eighth grade game, Bethel build a 5-1 lead in the first quarter but only led 12-6 at the half. The Hornets then outscored the visitors 14-0 in the third quarter to take control of the game. 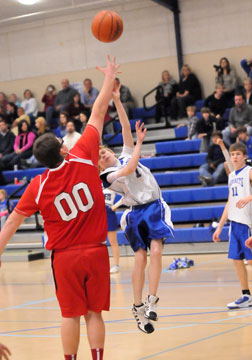 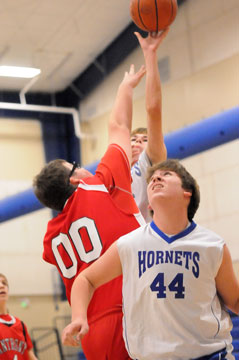 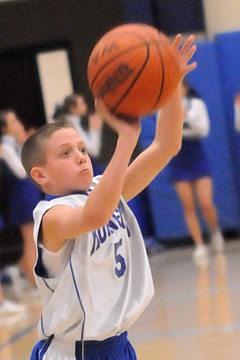