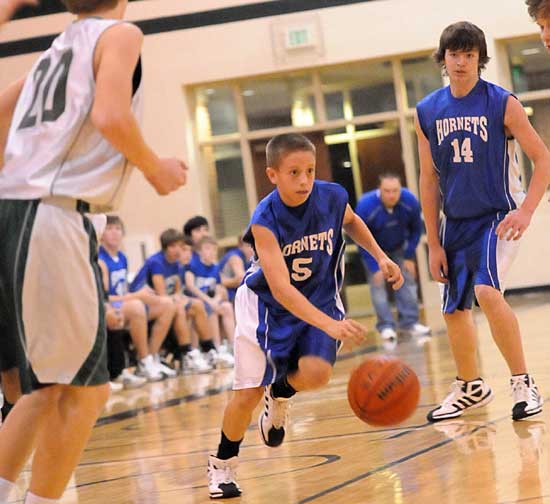 LITTLE ROCK — It went down to the wire but the Bryant Blue Hornets eighth grade team of Bethel[more] Middle School was denied the championship of the Wildcat Shootout at Episcopal Collegiate Academy by the host team on Saturday, 33-28. The Hornets were trying to avenge their lone loss of the season as well as win the tourney title. 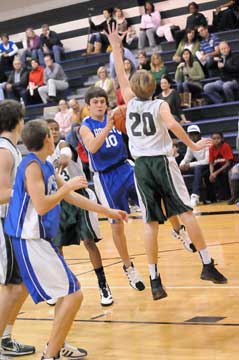 The Wildcats led 7-3 after a quarter but the Hornets surged 4to a 17-11 halftime lead. Episcopal rallied to lead 25-22 going into the fourth quarter.

“I was proud of the effort of these young men,” stated Hornets coach Derek McGrew. “(Episcopal) had pounded us by 28 points two weeks agao in the Anthony Tournament. We had a game-tying 3-pointer rim out with eight seconds left (Saturday).”

The difference, McGrew said, came at the free-throw line. “We struggled again, going 4 for 17,” he related.

Logan Allen and Evan Lee each scored 7 points to lead the Bethel squad. Jordan Gentry pitched in with 6, Jacob Pipkin 5 and Grayson Ruple 3.

Now 5-2, the Hornets are set to travel to play Cabot North on Tuesday, Dec. 6. 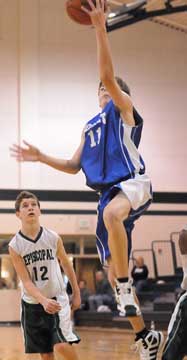 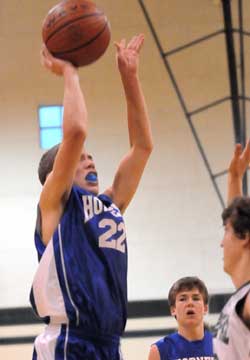