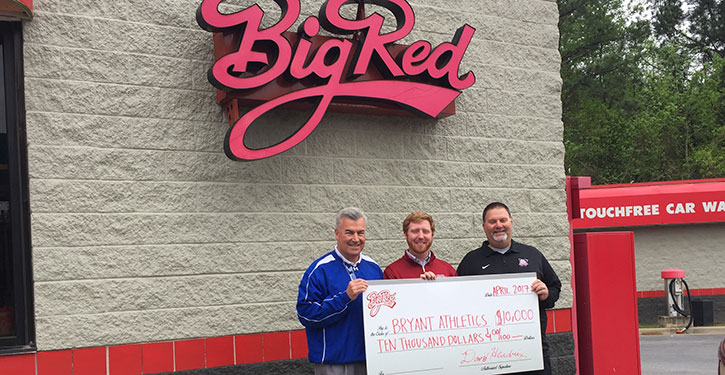 “Big Red Stores is a proud sponsor of Hornet Athletics,” said spokesman Emily Parker. “Every year, Big Red Stores donates to our neighbors in the community.”