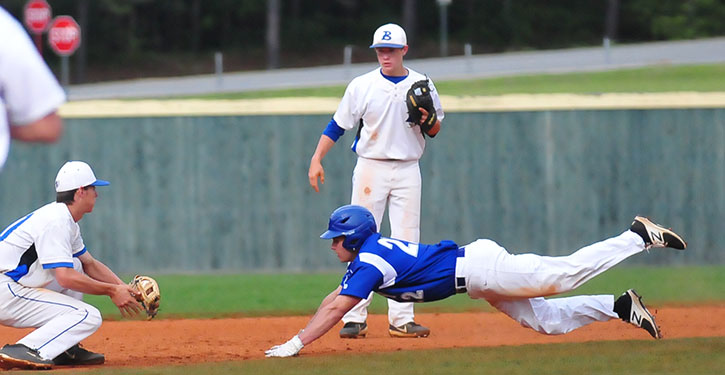 Run in the seventh provides Conway with 2-1 win 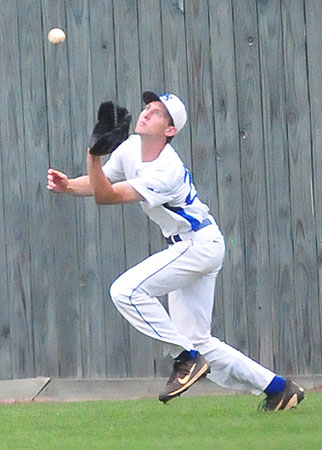 One hit and one strike.

If the Bryant Hornets got those at the right moment, they’d been celebrating a win on Tuesday night. But the Conway Wampus Cats denied them in both instances and managed to eke out a 2-1 win in 7A-Central Conference play at Bryant High School Field.

It was Bryant’s fourth one-run loss of the season. The Hornets slipped to 11-7 overall and 4-3 in league play. They came into the game tied with the Wampus Cats, now 12-5 and 5-2, for third in the conference. With Cabot’s 6-4 win over North Little Rock, Conway pulled into a tie with the Charging Wildcats for second place in the league, with Bryant just a game out. Cabot improved to 7-0 in conference play.

The game was a rematch of the 2016 Class 7A State championship game, which Bryant won 5-0. But, while Conway’s lineup included seven players that started that State final, the Hornets’ lineup included just one.

As disappointing as it was, it was just more proof that these young Hornets can compete with anybody. Among those one-run losses was a 3-2 setback to the high-flying Cabot team. 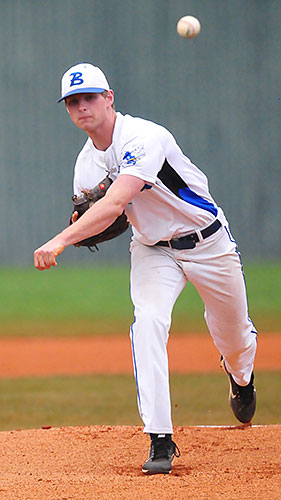 On Tuesday, here’s what it came down to:

The Hornets trailed 1-0 going into the bottom of the sixth. Conway lefty Jordan Wicks, who has committed to Arkansas State University, had the Hornets blanked on four singles. But to start the sixth, Seth Tucker (that one returning starter) fouled off three tough two-strike pitches from Wicks then hit a squibber up the third-base line that was foul before it came back into fair territory. Tucker beat it out for a hit and stole second.

With one out, Cameron Coleman came through with an RBI single to left on a 3-2 delivery, tying the game. And when Logan Chambers looped a single to center, Coleman read it and raced to third, drawing a late throw that allowed Chambers to hustle to second.

The Hornets had two in scoring position with one out. The Wampus Cats pulled the infield in to try to cut down the run at the plate but, after a coach’s visit to the mound, Wicks steadied himself and denied the Hornets. He fanned Coby Griener then got Scott Schmidt to tap back to the mound.

“Second and third with one out and a guy up at the plate that I feel very confident about,” said Hornets head coach Travis Queck. “He’s been in that situation quite a bit this year and has come through.” 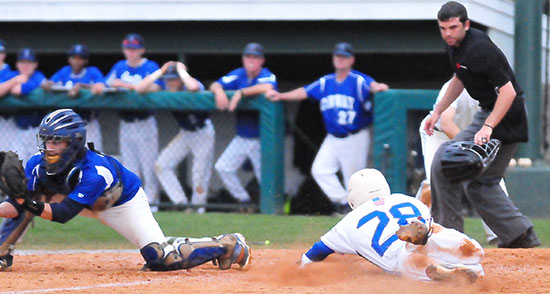 Next, Conway started the seventh with a single by Cade Tucker. But Wicks hit a grounder to Chambers at first and he threw to second for a force. The Hornets tried to complete the doubleplay but the ball hadn’t been hit hard enough and Wicks beat the return throw to pitcher Beaux Bonvillain covering first.

The Bryant lefty, who’ll be pitching in Conway with the University of Central Arkansas next year, struck out Eli Davis then got ahead of Conway senior McCall Dail. He was a strike away from sending it to the bottom of the seventh still tied. But his 1-2 pitch got too much of the plate and Dail ripped a drive to deep left. Courtesy runner Garrett Fusilier, in for Wicks, scored all the way from first to give the Wampus Cats the lead. 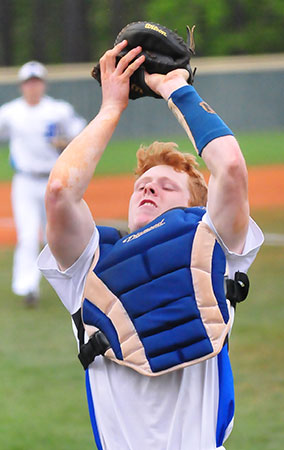 It was Dail’s third hit of the game.

And Wicks, smelling victory, set down the Hornets in order in the bottom of the inning to complete the victory.

“We just haven’t finished,” Queck said. “That comes with practice and practice, and expecting to make every play. Everybody’s got to have that expectation.

“We’ve got a lot of baseball to play,” he noted. “We’re starting the second round. We’re eager to get going, to work on eliminating mistakes and keep moving.”

The Hornets travel to Fort Smith Northside on Friday, hoping to snap a three-game slide.

It was a well-played game on both sides. There was just one walk and one error in the game between the two teams and neither played into the scoring. 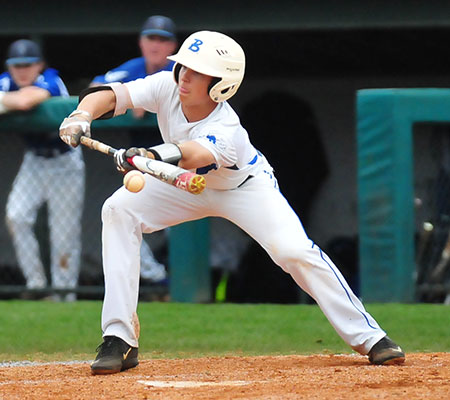 Bonvillain blanked the Wampus Cats over the first three innings. In the third, Dail singled but, after Cade White lined out to Greiner at short, Bonvillain picked Dail off first for the second out.

The lone walk was issued to Jack Stroth then Parker Gavazzi hit a fly that was just a couple of feet from the left-field foul line and a couple the other way from being caught by Buck.

But Buck did a good job of getting the ball back to the infield in time to hold courtesy runner Will Kennedy (in for the catcher Stroth). Bonvillain got out of it by inducing a grounder to Schmidt at second from Kolby Reck.

Meanwhile, the Hornets had a hit in each of the first three innings off Wicks but couldn’t capitalize. In the first, Seth Tucker was robbed of a hit by Matt Lloyd at second. An out later, Coleman singled. But he was stranded.

In the second, Schmidt singled up the middle with one out but didn’t advance beyond that. Tucker then singled with one out in the third and, though, he stole second, Wicks retired Jake Wright and Coleman to escape.

In the fourth, Greiner made a nice back-hand stop and throw to retire Lloyd but Cade Tucker tied into a 3-2 pitch for a drive to the base of the centerfield wall that went for a double. On the very next delivery, Wicks singled him home to make it 1-0.

The Hornets turned the first of their two doubleplays in the game to end the inning.

But, in the bottom half, Chambers beat out a bunt single and, after an unsuccessful sacrifice attempt resulted in a force at second, Conway turned a doubleplay.

Bonvillain pitched around a lead-off single by Dail in the top of the fifth then the lone error occurred as Gavazzi reached to start the sixth only to have the Hornets turn their second twin-killing.

That set up the late-game drama that resulted in another gut-punch loss for the Hornets. 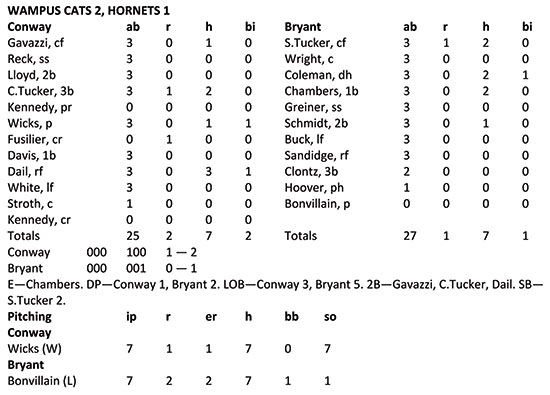