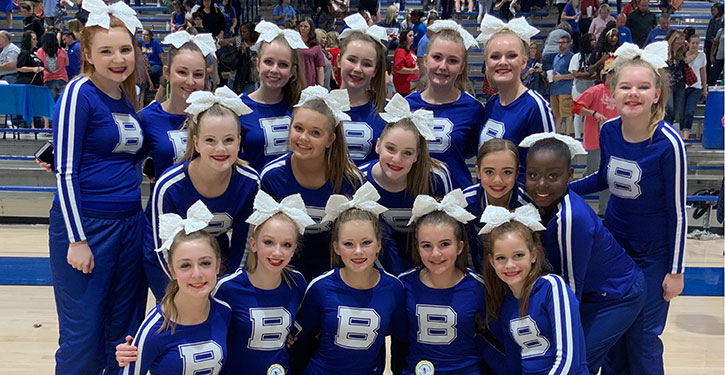 The team finished first in 6A Hip-Hop and Junior High Overall Hip-Hop, third in 6A Pom and earning individual first place was Lauren Elliott.