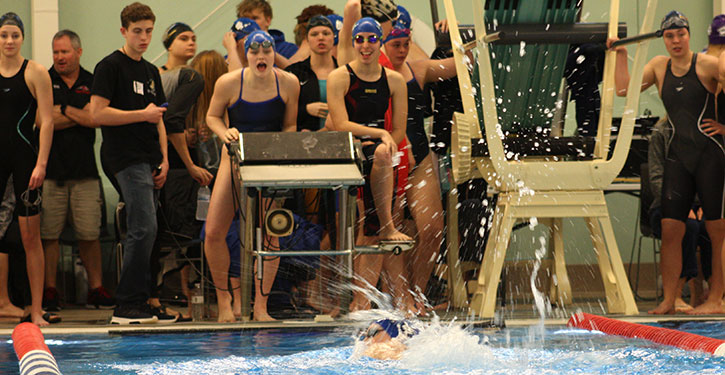 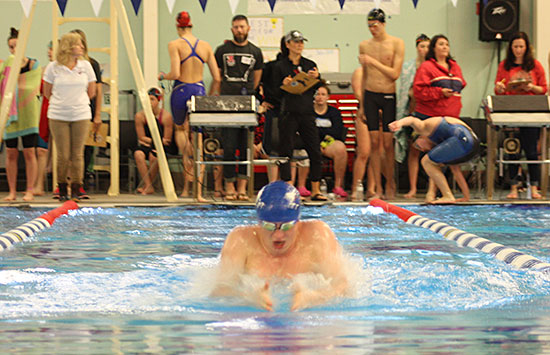 BENTONVILLE — For the second week in a row, Bryant’s Caivon Crosby set a school record in the one-meter dive, earning a score of 363.15 to play fifth at the 7A-6A State swimming and diving championship meet on Friday and Saturday.

In the team competition, Crosby and the Hornets finished ninth among the 16 teams. Little Rock Central finished first followed by Conway.

In the girls’ team competition, Bryant was 12th, led by the 200-yard freestyle relay team of Lara Kockaya, Kayla Vaughan, Ella Reynolds and Jessica Butler, which whittled a full second on its best time.

Crosby was joined by Donte Baker, scoring for the Hornets in the one-meter dive. He placed 10th. 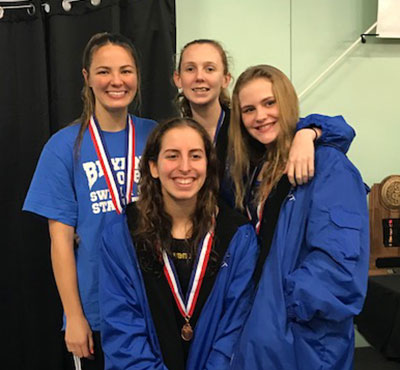 For the Lady Hornets, Reynolds was 10th and Butler 11th in the 50-yard freestyle. Kockaya finished 16th in the event. In addition, Butler was 13th in the 100 free.

In the relays, Taylor Wilson joined Kockaya, Butler and Reynolds on the 200 medley relay, which was 11th. Wilson, Vaughan, Kockaya and Reynolds combined to place 11th in the 400 free.