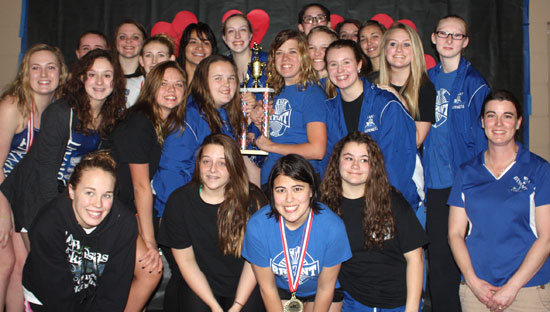 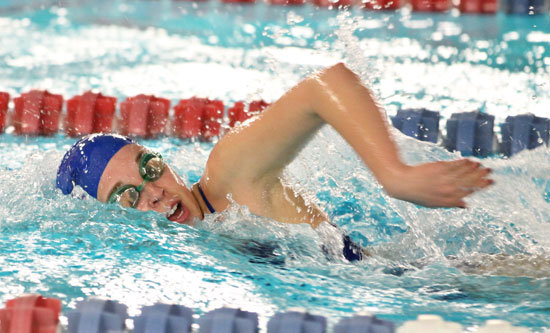 Despite winning just three events, the Lady Hornets amassed 487 points to take the title. El Dorado was a distant second with 260, followed by Lakeside (191) and Benton (154). 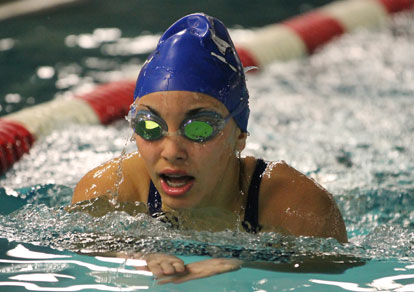 In five different events, Bryant had four swimmers contribute to the scoring total. In three others, the Lady Hornets placed three in the scoring ranks.

Lindsey Butler played a part in all three events that produced winning efforts. In her individual specialty, she raced to a 1:01.17 clocking to win the 100 yard backstroke. Benton’s Jenna Jamison was second in 1:07.23, while Bryant’s Ellie Hooten finished eighth in 1:21.41 and Lauren Wood 10th in 1:25.37.

In the 200 freestyle relay, Butler provided the anchor leg behind Katie Higgs, Kalee Jackson and Ploy Freebairn. The quartet turned in a 1:49.00 to take top honors. In the 200 medley relay, Butler led off in the backstroke lap with Libby Thompson following with the breast stroke lap, Katie Higgs with the butterfly lap, and Ploy Freebairn finishing with the freestyle. Their winning time was 2:02.05. 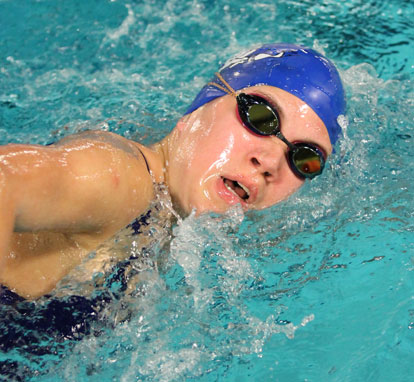 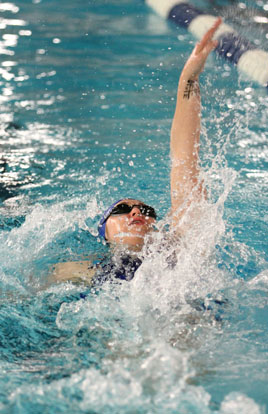 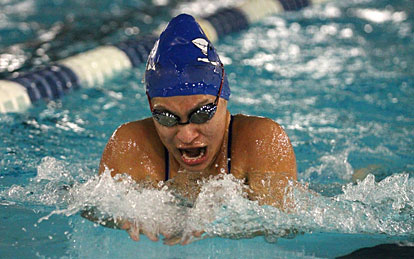 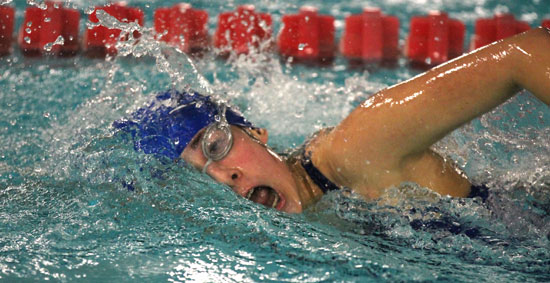 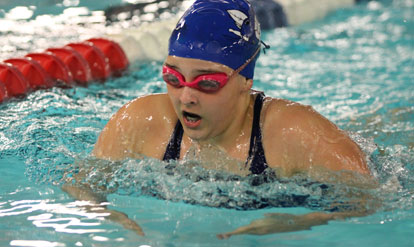 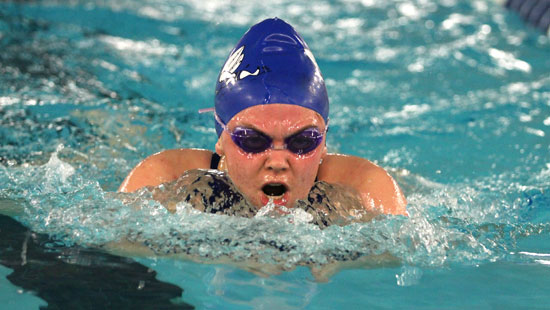