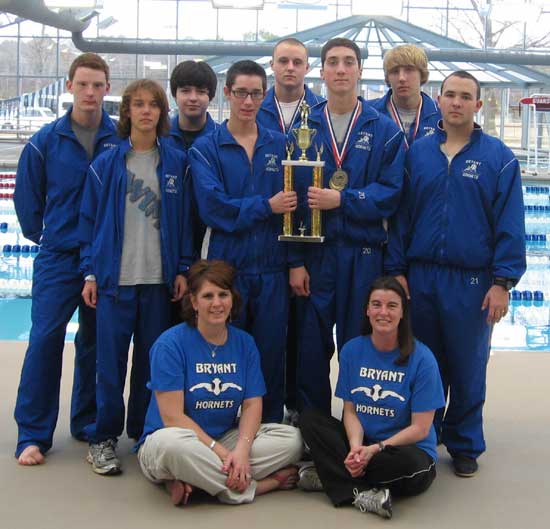 ARKADELPHIA — The quartet of Dylan Rogers, Brent Heil, Andrew Dull and Dylan Machycek turned in[more] a time of 1:38.74 to win the 200-yard free style relay as part of the Bryant Hornets championship effort at the South Regional swimming and diving meet at Ouachita Baptist University on Tuesday. 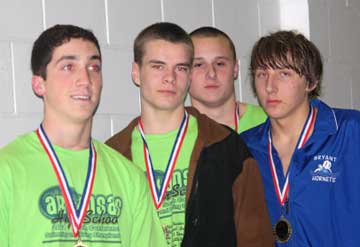 In addition, Machycek earned an individual championship by finishing first in the 100 free in 51.86.

Altogether, the Hornets paced 16 swimmers in the top 10 including 11 in the top five while adding a pair of second-place finishes in the other relays.

The foursome of Machycek, Dull, Rogers and Casey Ball combined on a 1:52.97 to take second in the 200 medley relay then Ball, Jordan Combs, Seth Hoffmans and Ross Grant teamed up on a 4:10.89 clocking to take second in the 400 free style relay. In the 200 free and the 200 medley events, the Hornets had second teams that earned points as well. In the former, Spencer Qualls, Nick Hoffpauir, Austin Sanchez and Hayden Stewart turned in a 2:03.11 to place seventh. In the latter, Hoffpauir, Heil, Combs and Grant finished sixth in 2:07.70. 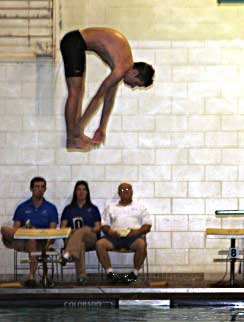 Combs contributed a third-place finish in the 6 meter dive, earning a score of 190.4.

The State swim meet will be held Feb. 25-26 with the diving competition on Friday and the swim finals on Saturday.