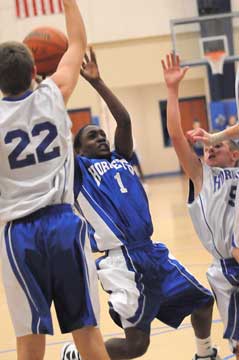 “Overall, we played our best game so far,” said Bryant White coach Heath Long. “We did a good job of handling their pressure and not allowing them to get going in transition.

“I also liked what I saw out of our man-to-man defense,” he added. “Cameron was hampered by foul trouble, but he played well during the time he was out there.”

“We shot very poorly,” said Bryant Blue coach Derek McGrew. “We were 7 of 20 from the free-throw line.

“Bryant (White) has two big posts but the (Murray) kid is a monster,” he added. “He wore us out inside. I feel we will play them a lot better the next time. I’m proud of my kids’ effort and hustle. They represent Bethel to its fullest.” 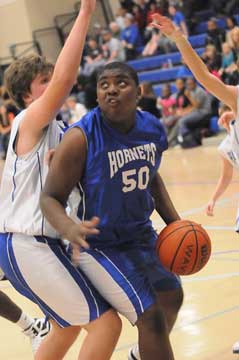 Bryant White improved to 3-6 with the victory with its next game not until Jan. 17, at Anthony School. 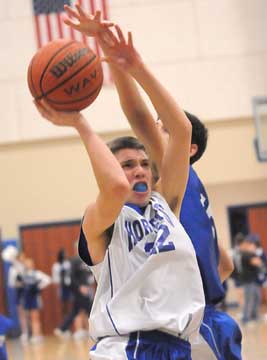