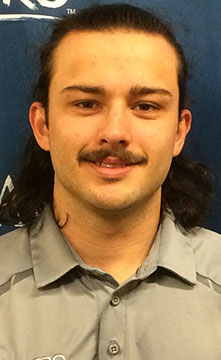 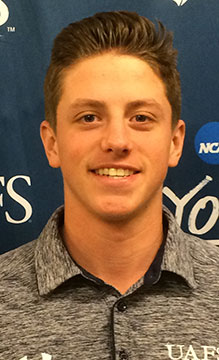 FORT SMITH – Six UAFS baseball players, including Logan Allen and Tyler Nelson from Bryant, have received Heartland Conference honors for their performances during this past regular season.

Williams, who is from Kansas City, Mo., batted 0.357 during the regular season and 0.425 during conference play. He led the team and conference with 11 triples, becoming the school’s all-time, single-season leader in triples. He is currently ranked No. 1 in the nation in triples and triples per game.

The Northeastern Oklahoma A&M State College transfer also led the team with 41 RBIs and had 14 doubles and five home runs. He was twice named Conference Hitter of the Week.

Allen is the second Lion to earn Freshman of the Year honors, joining former Lion pitcher/outfielder Taylor Shaddy who earned the honor in 2011. Allen batted 0.325 overall with a team-leading 63 hits with 14 doubles, four triples and four home runs and also led the team with 13 stolen bases.

He compiled a 0.991 fielding percentage with 104 putouts and three assists with only one error.

Harvey, who is from Greenwood, Ark., tossed the Lions’ third no-hitter in their six-year NCAA Division II history. He led the staff with eight wins, six complete games and two shutouts. He was second on the staff with 86 1/3 innings pitched and 77 strikeouts. He led all starters with a 2.92 ERA.

Pitchford, who is from Poteau, Okla., batted 0.255 with 48 hits, including a team-leading 15 doubles and six home runs. He compiled a 0.985 fielding percentage with 127 putouts and two assists with only two errors.

Nelson compiled a 3.05 ERA and led the staff with 77 strikeouts and 88 2/3 innings pitched. He was tied for second on the staff with six wins and tossed two complete games, including one shutout.

Yoning, who also played third base, adjusted to his new role of closer quite well this season. The Lawton, Okla., native compiled a 2.91 ERA and led the staff with eight saves. He also had 26 strikeouts over 21 2/3 innings.

UAFS (31-18) posted its first 30-win season in the program’s eight-year history as a NCAA Division II program and finished second in the conference – its highest finish ever in the regular season.

The No. 2 seed Lions will play the No. 3 seed St. Mary’s Rattlers at 6:30 p.m. on Thursday in the first round of the conference tournament at The Depot at Cleburne Station in Cleburne, Texas.