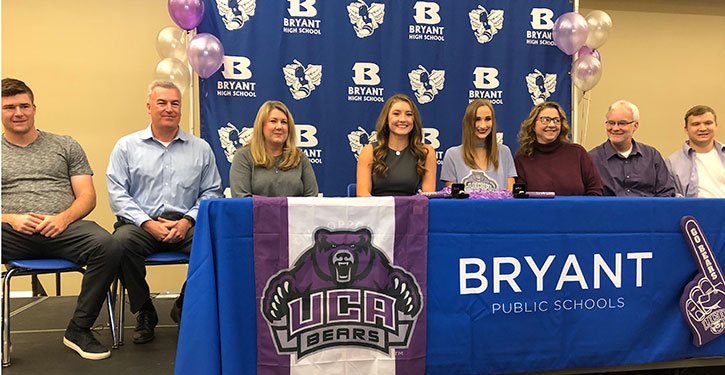 Bryant Lady Hornet track stars Megan Lee and Deborah Shaw each signed today to continue their academic and athletic careers at the University of Central Arkansas in Conway. Last spring, both competed for the 2018 State Heptathlon as juniors.