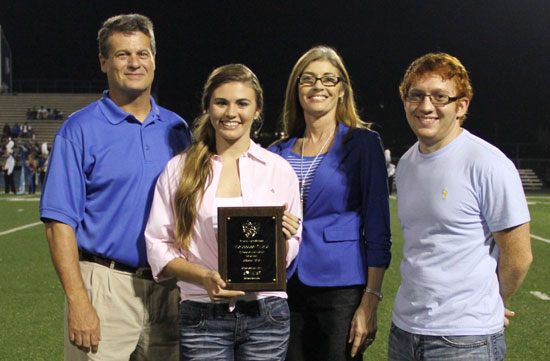 Dillard named Sykes Student Athlete of the Month for October

Mercedes Dillard has been selected as the Sykes Student Athlete of the Month for October.

Bryant High School partners with Sykes Enterprises in Malvern to honor a student athlete of the month. Selected by the school, students are recognized for their great athletic abilities along with outstanding classroom performance.

According to Lady Hornets volleyball coach Beth Solomon, “Mercedes is a great team leader both on and off the court. On the court, she strives to be a positive example for her teammates. Off the court, Mercedes takes the younger players under her wing and shows them the best way to do things.”

Dillard is also a member of the Lady Hornets softball team.

Sykes Enterprises in Malvern presented her with a plaque during halftime at the Bryant Hornets’ football game against Little Rock J.A. Fair on Friday, Oct. 11, and announced $2,500 scholarships for Bryant seniors.