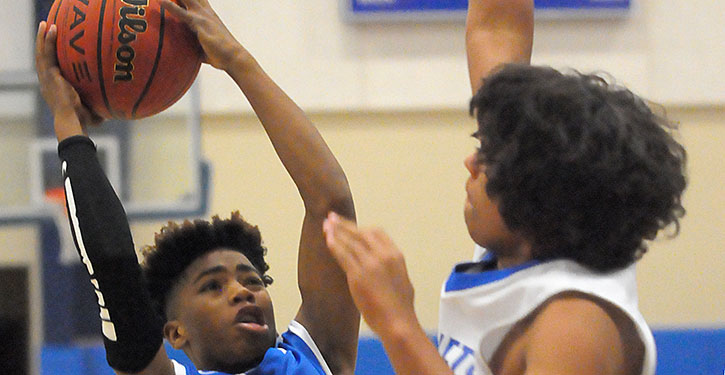 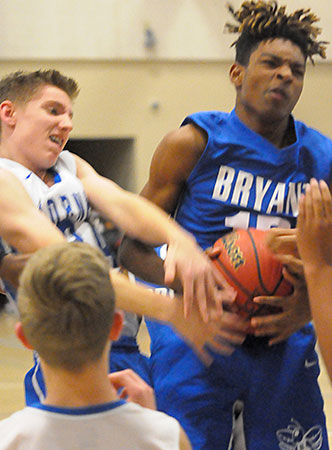 Chris Gannaway and Cory Nichols combined for 26 points to lead the Bryant White Hornets eighth grade team of Bryant Middle School to a 49-29 win over the Bryant Blue Hornets of Bethel Middle School at the Bethel gym on Thursday night.

It was the season-opening game for the Bryant Middle team, which plays next on Tuesday, Nov. 27, at Benton. Bryant Blue, now 1-2, travels to Cabot North on Monday, Nov. 26.

Elijah Thompson and Aiden Baker each had 5 points to lead Bethel. Alex Skelly hit a first-quarter 3 as did Destin Jenkins. James Billingsley and Travis Zhou also had 3-pointers.

Gannaway led all scorers with 14 points to go with six assists. Nichols finished with 11 points and eight assists. Jordan Knox added 7 including three of four free throws in the fourth quarter. Ivory Gilmore pitched in with 7 points as well including 6 in the first quarter when Bryant White established an 11-9 lead. 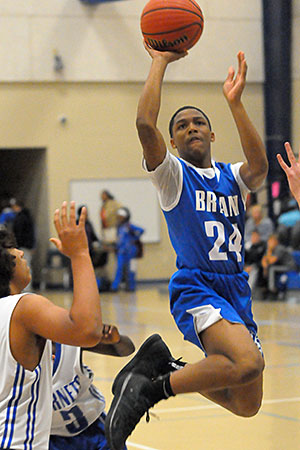 In the second quarter, the White team outscored Blue 14-4 to produce a 25-13 halftime lead. It was 32-19 going into the fourth quarter.

“Our boys played really well defensively,” said Bryant White coach Richard Wrightner. “We have some things to improve on, but I was really proud of the way we played.”

“I thought our kids gave a good effort,” said Blue coach Steve Wilson. “Elijah got in early foul trouble and was not able to play the second quarter and that hurt us. But I felt our kids battled. They have continued to show improvement.” 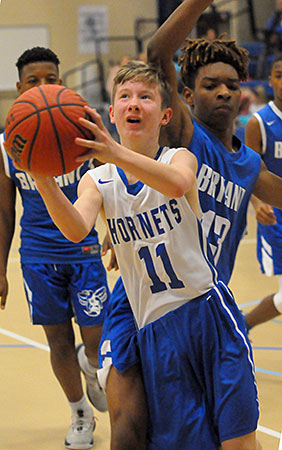 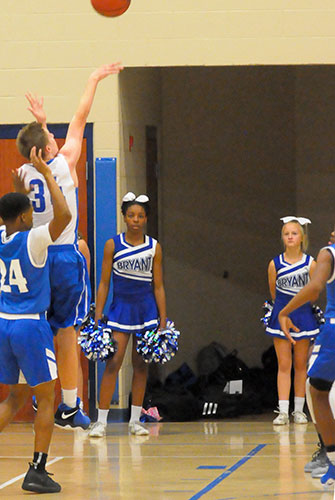