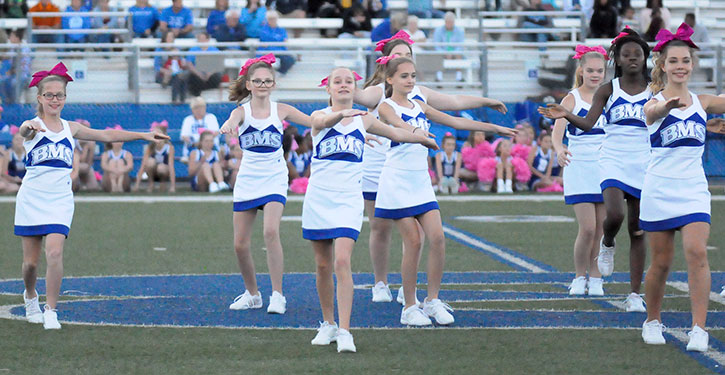 Halftime entertainment during the seventh grade football game between Bethel Middle School and Bryant Middle School at the annual Hornet Bowl was provided by the cheer and dance squads for both teams. 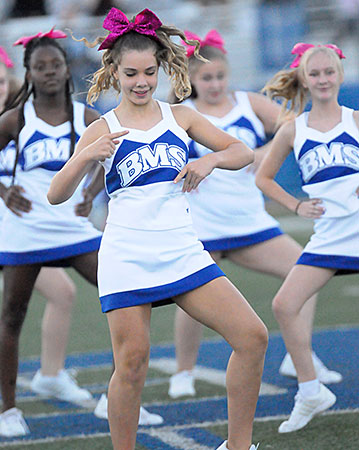 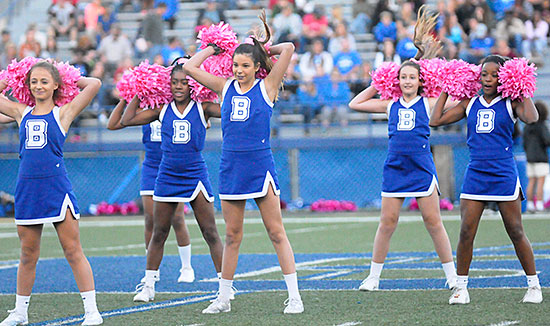 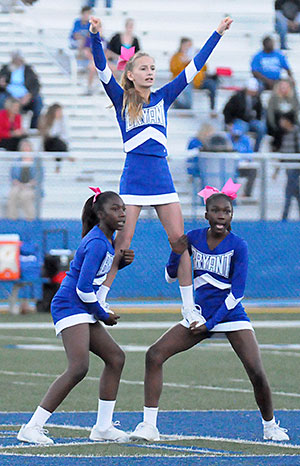 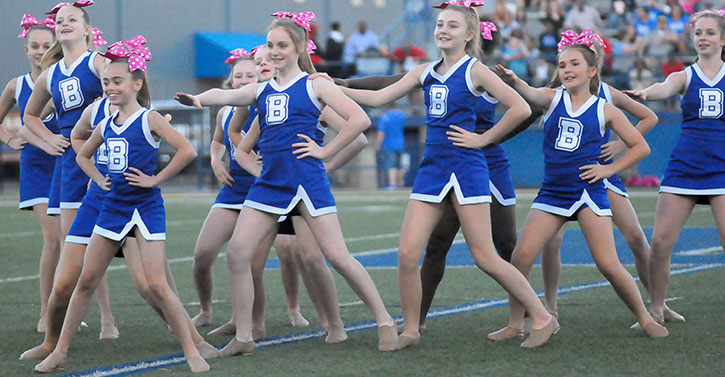