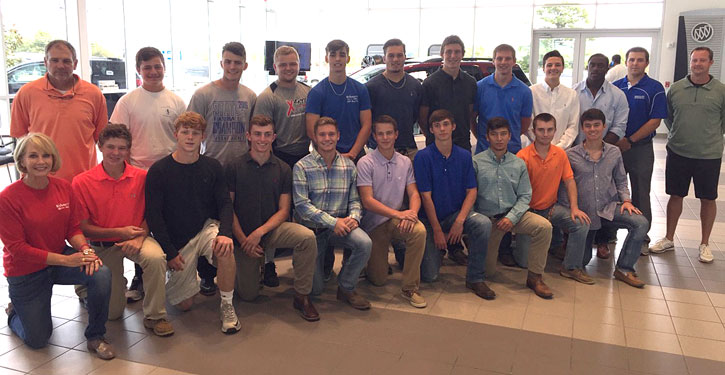 The Bryant Hornets baseball team, which won the 2016 Class 7A State championship, gathered at Everett Buick GMC today to thank the company and Susie Everett in particular for buying the players’ State championship rings.