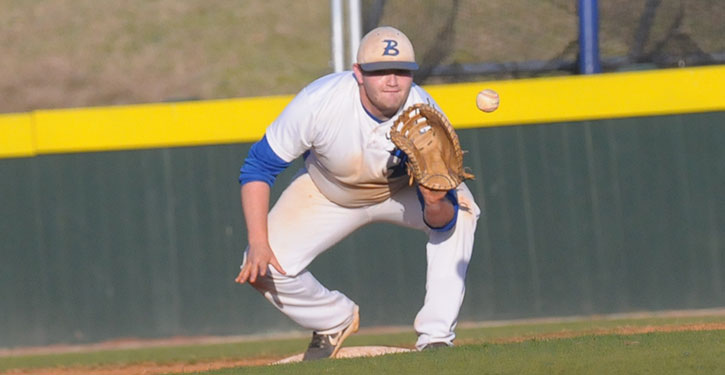 Hornets come through in the clutch to turn back Mavericks

FORT SMITH — Austin Ledbetter and Coby Greiner combined on a four-hit shutout and Ledbetter, Brandon Hoover and Myers Buck each came through with two-out RBI hits as the Bryant Hornets earned a 4-0 win over the Fort Smith Southside Mavericks in 7A-Central Conference action on Tuesday.

Ledbetter, a hard-throwing freshman, went the first five innings allowing just four singles and a walk while striking out four. Greiner relieved in the sixth and earned the save as he allowed only one base-runner, on a one-out walk in the bottom of the seventh. He ended it by inducing a comebacker from Mavericks’ lead-off hitter Brock Thibodeaux.

The win improved the Hornets to 19-6-1 and 8-3 overall going into a showdown with the Cabot Panthers on Friday. The Panthers’ 6-3 win over Little Rock Central on Tuesday made them 8-3 as they vie for second place in the conference and the first-round bye at State that goes with it.

League-leading Conway moved to 11-0 on Tuesday with a 12-2 thumping of Fort Smith Northside.

Ledbetter and Southside’s Stratton Whittington dueled early in Tuesday’s game. Ledbetter worked around a one-out single by Jamison Griffin in the first and a one-out walk to Colton McBride in the second. In the third, Mason Love led off with an infield hit, was sacrificed to second by Thibodeaux. But, after Ledbetter hit Griffin with a 1-0 delivery, he got Mac Moody to fly to Matthew Sandidge in center and struck out clean-up hitter Jake Melton.

Meanwhile, Whittington set down the first seven Bryant batters before Logan Catton yanked a single into left with one out in the third. Buck was plunked by a 1-0 pitch but, through they moved to second and third on a passed ball with two out, both were stranded.

The Hornets broke the scoreless tie in the top of the fourth. With two out, Whittington issued a four-pitch walk to Jake Wright. With K.J. Merriweather in as a courtesy runner for the Bryant catcher, Sandidge drew a free pass on a 3-2 delivery. That brought up Hoover who drilled a single to center to plate Merriweather.

Southside’s Braiden Partin opened the bottom of the fourth with a single and was sacrificed to second by McBride but Ledbetter fanned J.T. Jones and Caleb Emmert bounced out to Scott Schmidt at second to end the threat.

Buck started Bryant’s fifth with a single to center, extending his hitting streak to seven games. Logan Chambers followed with a grounder up the middle for a knock then Greiner sacrificed them to second and third. With the infield drawn in, Buck held at third as Schmidt groundout out to Thibodeaux at short, bringing up Ledbetter with two away. The count ran to 2-2 before he lined a single to center that chased home both runs to make it a 3-0 lead.

Ledbetter followed up by retiring the Mavs around a one-out single by Thibodeaux. He fanned two.

Hoover’s second hit opened the door for an insurance run for the Hornets in the top of the sixth. With Logan Grant in as a pinch-runner, a wild pitch allowed him to reach second. Catton bounced to short as Grant moved to third and, with two down, Buck belted an 0-1 pitch for a double.

Greiner retired the side in order in the bottom of the sixth. Southside reliever Carson Doss, in turn, worked around Greiner’s infield single to lead off the top of the seventh.

A comebacker preceded the walk to Emmert in the home seventh then Love flew out to Gage Stark in left before the final one-hopper back to Greiner to end it. 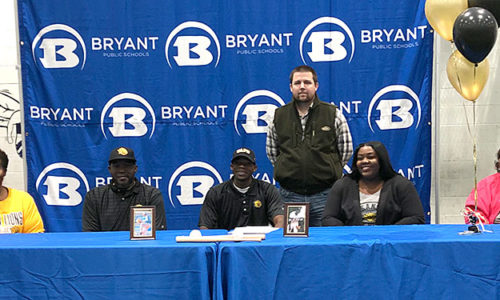