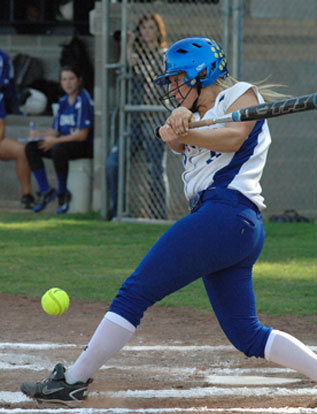 But that doesn’t mean they won’t take them if they’re handed over. They have a knack from a making an opponent pay for its mistakes.

On Tuesday, Bryant used a pair of walks, a hit batsman and an error along with three hits to score six times in the bottom of the first inning in what was supposed to be a battle for first place in the 7A/6A-Central Conference. But the Lady Hornets left no doubt who was number one as they dismissed the upstart Conway Lady Wampus Cats, 10-0, in five innings.

The Lady Hornets thus clinched their fourth straight conference championship as they improved to 29-0 on the season and 12-0 versus the league including the only two conference losses that Conway has suffered.

he Lady Cats, with a win, could’ve pulled even with Bryant in the standings but, after that first-inning outburst, there was little chance of that happening. 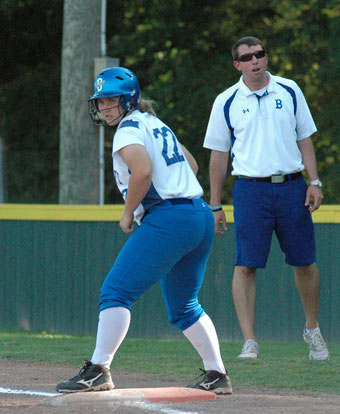 At the plate, she combined with her battery-mate Jessie Taylor to reach back eight times. Jenkins was 2 for 2 with a pair of walks while Taylor went 4 for 4. Jenkins’ hits including a solo homer in the bottom of the third. It was the team’s 35th blast of the season, tying the state record according to the Arkansas Activities Association record book (which is, admittedly, incomplete).

Bryant’s opening salvo came after Jenkins pitched around a one-out error in the top of the first. She fanned two then Taylor gunned down the base-runner as she tried to steal for the third out.

Jenna Bruick instigated Bryant’s uprising in the bottom of the frame. She singled then Jenkins walked. Taylor’s first hit loaded the bases. With Kayla Jolley in to courtesy-run for Jenkins and Mercedes Dillard doing likewise for Taylor, Kayla Sory drew a free pass to force in the first run. Cassidy Wilson was then hit by a pitch to force in another. And when Kaley Coppock’s grounder to third was booted, it was 3-0 with the bags still packed. 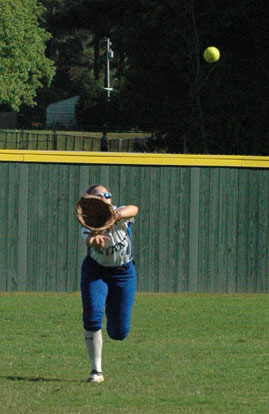 Sory scored when Carly Yazza bounced into a force at second. Wilson came home on a groundout by Katie Stillman, making it 5-0.

With Yazza at second, McKenzie Rice capped off the inning with an RBI double to the opposite field.

Conway managed its first hit to start the top of the second but, after Jenkins struck out the next batter, the runner was forced at second on a bouncer to Coppock at first. Another strikeout brought the inning to a close.

A single by Jenkins and a double by Taylor made it 7-0 in the Bryant second. A late throw to the plate allowed Taylor to reach third. An error allowed Sory to reach as Dillard, running for Taylor, held at third. She tried to score on Wilson’s grounder to third but was thrown out at the plate.

Conway was retired in order in the top of the third with Jenkins fanning two more. She them blasted her home run with two out in the bottom of the frame to make it 8-0.

Conway’s second hit started the fourth and an error, which followed, gave the Lady Cats their best chance to score. They advanced to second and third on a groundout but Jenkins wriggled off the hook by inducing an infield pop that Coppock collected and recording her seventh strikeout.

The fourth was the only inning in which Bryant failed to score but Conway fared no better in the top of the fifth as Jenkins pitched around a one-out walk.

The Lady Hornets made it a run-rule win in the bottom of the fifth with still more free stuff. Stillman walked, Rice was plunked with a 1-0 pitch then, after Bruick sacrificed them to second and third, Jenkins drew a pass to fill the bags for Taylor. She singled in Stillman and Sory singled in Rice to end the game.

The Lady Hornets are set to play at Cabot on Friday then close out the season at home on Tuesday, May 8, before hosting the Class 7A State Tournament starting Thursday, May 10.

Hornets baseball records since 1998: Strikeouts
May 3 in Bryant athletic history: 2017