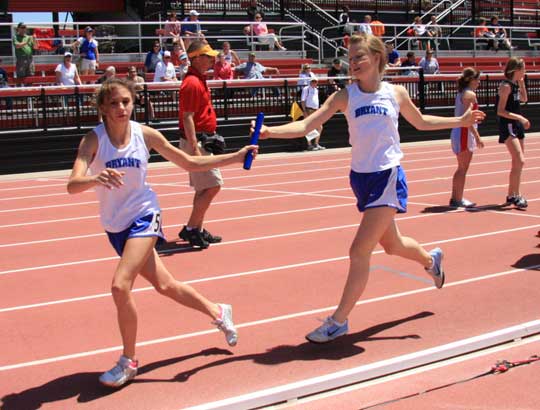 FAYETTEVILLE — The Bryant Lady Hornet track team went into the Class 7A State meet Thursday having qualified 17 athletes in 12 events. They had high hopes of performing well on the fast University of Arkansas track. Unfortunately, the Lady Hornets were only able to score in three events.

Bryant ended the day in 15th place out of 16 teams with a total of 8.5 points. Fayetteville won the team championship with 147 points.[more] 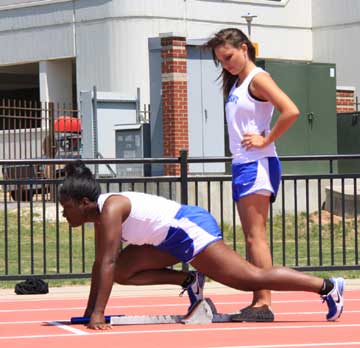 “It was just one of those meets where the effort was definitely there, but we just could not score,” commented Lady Hornets coach Danny Westbrook. “The conditions with the extremely high wind seemed to really affect us, especially in the hurdle events. I am proud of the effort the girls showed. They competed hard even under those adverse conditions.”

Jordan Chadwick finished fourth in the 300 meter hurdles with a time of 48.98.

The 4×800 meter relay team finished sixth with a time of 11:03. That relay consisted of Kayla Randolph, Skylar Oswalt, Lauren Rogers, and Stacy Emmerling.

In the pole vault, Sara Holt tied for eighth place with a vault of 7’6”. 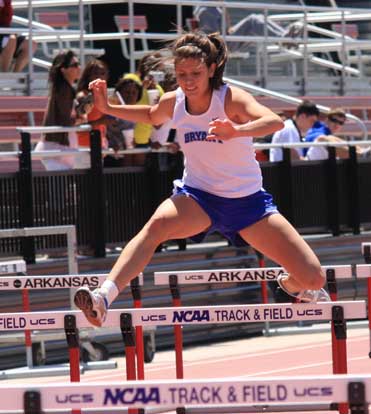