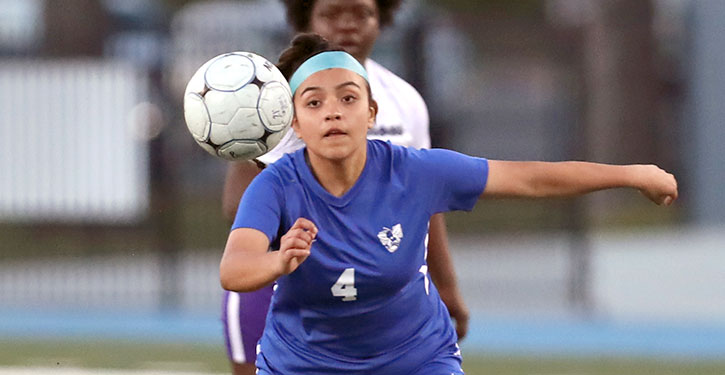 Ashton Inman and Katie Sucher each had two goals.

The Lady Hornets improved to 6-0-2 overall and 3-0-1 in the 6A-Central Conference with a busy week ahead. They’re scheduled to play at Cabot on Monday then host Conway on Wednesday and North Little Rock on Friday.

Bryant rushed to a 5-0 lead in the first seven minutes of the match in a dominating performance.

Lily Miller and Amelia Holley had the first two goals. Inman scored her two then Maddy Knight added on to account for the opening blitz.

“The goal for this game was to work on possession and the girls did this well for the remainder of the game,” noted Lady Hornets coach Olivia Allard.

Estefania Ramirez made it 6-0 with a goal 15 minutes in and that was the halftime tally.

Sucher’s two goals came near the end of the match.

“With 16 minutes left in the second half, we had an error off a pass back that stemmed from a bad first touch and a lack of communication,” mentioned Allard. “Those two things we have put a focus on lately, so it was a good lesson learned that no matter what, if we can’t do those two things, well, all of the time, bad things can happen.”