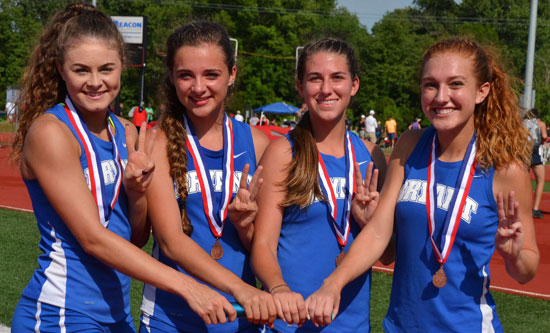 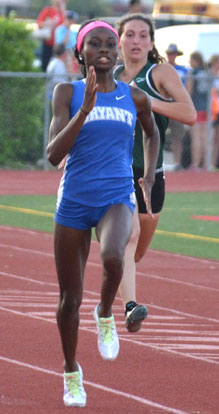 RUSSELLVILLE — At the 58th annual Meet of Champions track meet held at Russellville High School Saturday, the Bryant Lady Hornets scored in seven of the eight events they qualified for. Although no team awards are given, Bryant scored 36 points, which finished third out of 52 teams represented in the competition.

“I thought our girls competed hard against the best track and field athletes in the state,” said Bryant coach Danny Westbrook. “I thought we represented our school and community well.”

Gold, Silver, or Bronze medals were given to the top three finishers in each event. The Meet of Champions annually brings together the top performers in each event from the State meets in all classifications.

Boone also earned a silver medal in the 200-meter dash, turning in a 25.2 clocking.

In addition, Hood, Shelby and Serenity Bridges each picked up points in individual events. Hood was fifth in the 300-meter hurdles with a time of 46.9. Shelby ran a 12:04 in the 3200 to place sixth. Bridges was eighth in the discus with a throw of 101’6”. 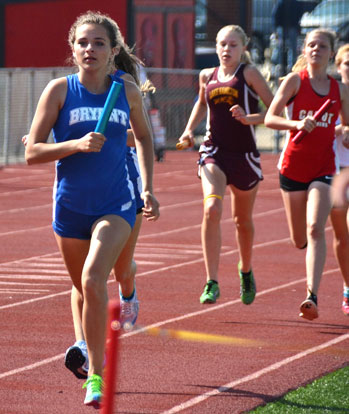 “I would like to thank coaches Keith Dale (sprints), John Orr (throws), and Beth Solomon (jumps) for helping our girls through another very successful track season,” Westbrook concluded.

The Lady Hornets end the season with the Heptathlon held at Cabot on Wednesday and Thursday. Junior Haley Hood, sophomore Jadyn Lewis, and senior Jayla Anderson will be Bryant’s representatives in the competition. 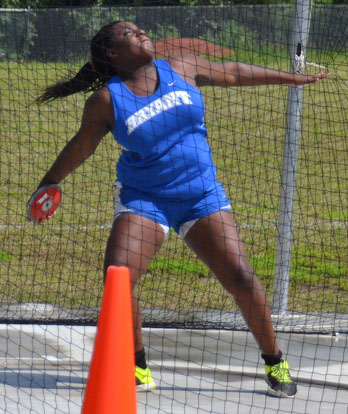 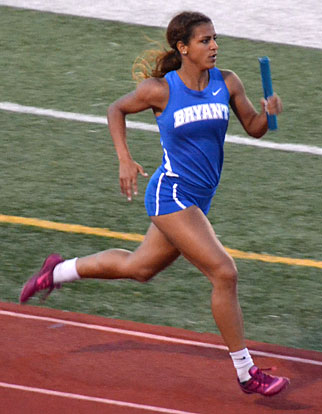 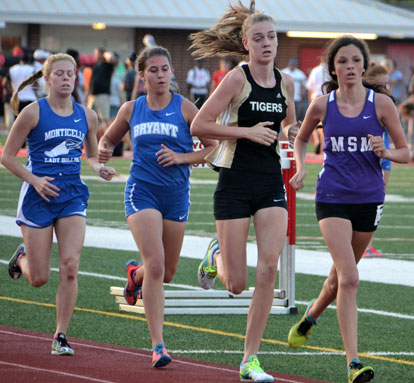