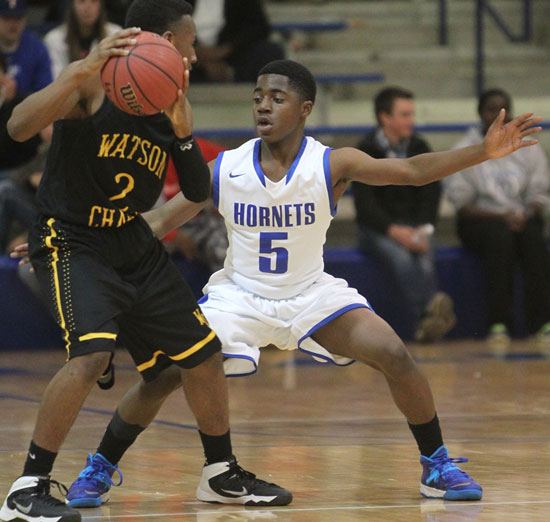 Calvin Allen scored 15 points and Marvin Moody 10 as the Bryant Hornets freshman team claimed their second win in as many games this season, 42-25 over the Watson Chapel Junior Wildcats on Thursday night. 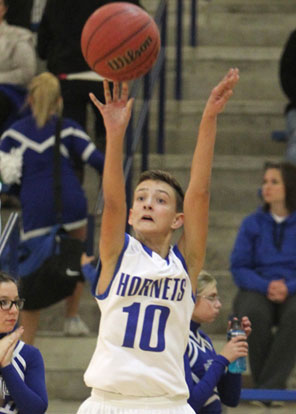 “During the week we emphasized playing more up-tempo and more aggressive,” related Hornets coach Tyler Posey. “I believe this aggression helped out and we forced several turnovers.

“Calvin got to the rim early and often shooting 13 free throws,” he noted. “Marvin came off the bench and gave us 10 points as he is still working into basketball shape, but really made great strides.

“Overall it was a good step forward and much improved but more corrections will be made in order for us to play a more complete game,” the coach concluded.

The Hornets open play in the annual Bryant Invitational Tournament on Monday, Nov. 18, against Lake Hamilton. Tip-off is set for 7:45 p.m., at the Bryant Middle School gym.