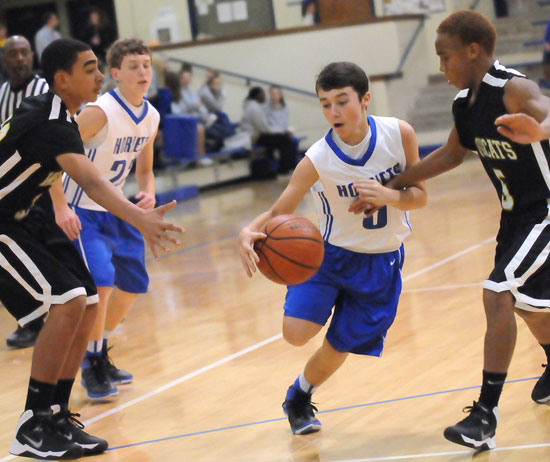 Wildcats surge to win over Bethel in eighth grade game 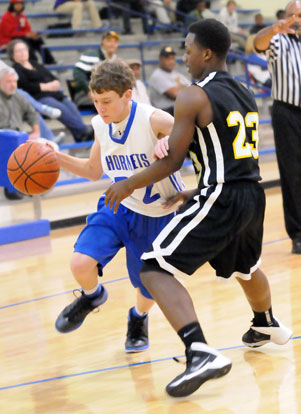 The Bryant Blue Hornets eighth grade team of Bethel Middle School, still short-handed because of injuries, fell behind 6-0 in the first quarter and never quite recovered as the Watson Chapel Wildcats eighth grade squad escaped with a 28-17 win at Bryant Middle School gym Thursday.

The Hornets cut it to 14-9 at the half but struggled again in the third quarter on offense as the Wildcats built a 13-point advantage. 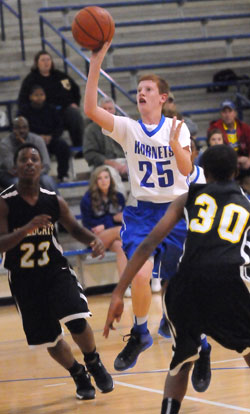 Bethel’s Luke Curtis puts up a shot in the lane. (Photo by Kevin Nagle) 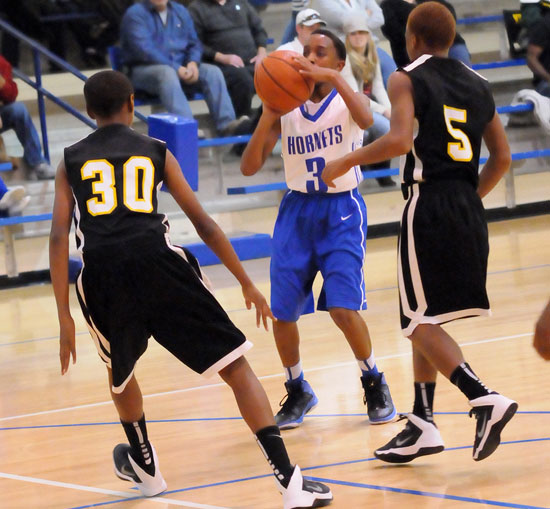 Keith West sets to take a shot for the Bethel Hornets. (Photo by Kevin Nagle)