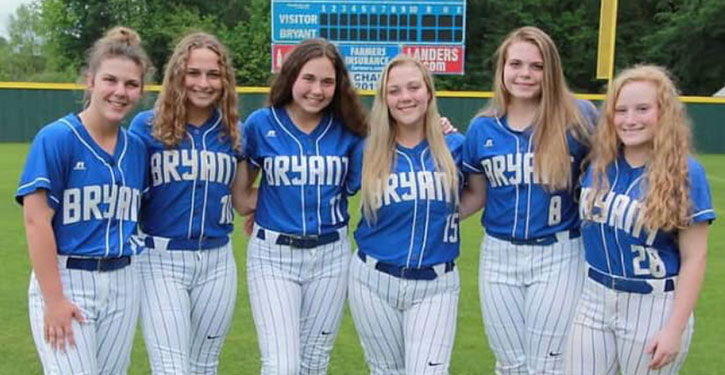 By the time a season’s first game is played, coaches have a pretty good idea what kind of senior leadership they have. It shows up in all the long hours and sometimes grinding practices before that first game. Do they lead? Do the underclassmen follow, take that leadership to heart?

A season is a culmination of all that work, really the games are the reward from the work put in. It’s the fun part. Sure, it can be a grind too, an emotional rollercoaster through “the thrill of victory and the agony of defeat” as the old Wild World of Sports used to announce at the start of each program.

For a senior, it’s actually the culmination of not only weeks and months of preparation, it’s the climax of years and years of it, since most of them started playing as 5- and 6-year-olds.

That’s one of the reasons that Senior Night is so special. The players and their parents are singled out for the commitment and the dedication they’ve put into these careers.

And it’s why, with the response to the COVID-19 pandemic, the seniors playing spring sports in 2020 have reason to be terribly disappointed. Not only did they get most of their seasons wiped out, Senior Nights were too.

On Friday, however, the coaching staff of the Bryant Lady Hornets softball team, head coach Lisa Dreher, assistants Eric Ryan, Em Harris and Hunter Clark along with athletic trainer Christa Finney, tried to make it special anyway for seniors Joely Calhoun, Haleigh Beck, Aryonnah Briggs, Maddie Thompson, Avari Allen and Hannah Work. They visited the home of each of the players, taking them the gifts that would normally be given on the field.

The Lady Hornets were only able to get six games into their season before it was shutdown. Senior Night would’ve been Friday, May 1, against Cabot.

Head coach Lisa Dreher talked about each of her seniors. Of Calhoun, she said, “Joely was set to have the best season of her career. She started in three games before she broke her hand. Appropriately, she broke it going all out for a ball in practice.

“She finished the season with a .500 average and a team-high of .667 OBP (on-base percentage), 4.7 pitches seen per plate appearance and third highest QAB% (quality at-bat percentage) of 67 percent and batting average with RISP (runners in scoring position) of 1.0.

“She graduates with a GPA (grade point average) of 3.65 and in the top 28 percentage in her class. She plans on attending Henderson State University.”

Regarding Beck, Dreher said, “Haleigh has been a solid force offensively. She has consistently been a threat for base hits when we needed it the most. She finished this season with an overall average of .286 and OBP of .412.

“Haleigh is a great leader and her humor will certainly be missed. Haleigh will continue her softball career next fall at SAU Tech where she will focus her studies on nursing.”

Of Briggs, Dreher said, “Aryonnah was another strong leader on our team. She was able to develop relationships with many of the underclassmen and showed leadership on and off the field. Specifically, she led in the classroom carrying a full load of AP (Advanced placement) classes throughout her career finishing with a 3.4 GPA.

“Due to COVID-19, Aryonnah was unable to have her scheduled signing at the school, but she will continue her softball career at the University of the Ozarks and study Psychology. She also plans on being in several programs there such as Data at Ozarks and the Frontier Leadership Seminar.”

As for Thompson, Dreher said, “Maddie finished the season leading the team offensively with an overall average of .619 and a number of hard-hit balls, LD% (line drive percentage) and second highest number of hits, 13, with 3 doubles.

“Defensively, the Lady Hornets could always count on her to play whatever role was needed. She has played third base, first base, shortstop, second base, rightfield, centerfield and catcher on the varsity in her four years. She is a true team player and example of what a Lady Hornet teammate should be.

“Maddie will continue her softball career next fall at National Park College where she will get her basics and then attend UAMS for Dental Hygiene School.”

Of Allen, Dreher said, “Avari made her first varsity start this season on second base and played in 5 of 6 games this season. Avari led by example and was one of our strongest leaders. Her teammates commonly looked to her when facing adversity and she always had a positive impact.

“She graduates with a GPA of 3.85 and in the top 19 percent in her class. Avari received the Trustee Scholarship from PTC (Pulaski Technical College) where she plans on getting her Associate Degree, then transfer to the U of A-Fayetteville to finish her Bachelor in Geology or Audiology.”

Regarding Work, Dreher said, “Hannah started pitching 4 of 6 games this season and played in all six games, striking out 13 and leaving 21 on base. Her growth in four years is most remarkable and what she has achieved can be attributed to the work she has put in.

“Since her freshman year, Hannah has consistently maintained all A’s and B’s in the classroom. Hannah will continue her softball career next fall at SAU Tech where she will focus her studies on k-12 education to become a teacher.”