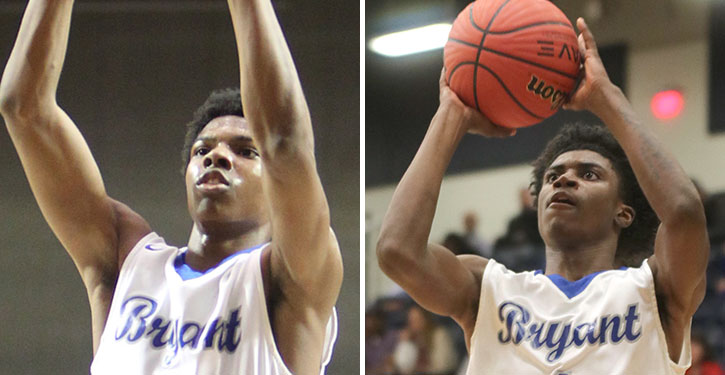 Junior guards Khalen Robinson and Treylon Payne have been named all-State and all-State Tournament for the 24-5 Bryant Hornets, who finished as the State runner-up, after capturing the 6A-Central Conference championship, going 13-1 against the league including all 13 wins in succession. The Hornets ran that streak to 15 before losing in the State finals to Fort Smith Northside, 44-41.

The Hornets won 21 of their last 22 games including twice over Northside. The lone losses were to the Grizzlies as the two teams battled four times during the season.

Along with Robinson and Payne, Rodney Lambert, Camren Hunter and Catrell Wallace were named all-conference in the 6A-Central.

Robinson averaged 17 points per game, 2.5 assists and 4.5 rebounds. He shot 51.3 percent from the floor. He had a career high 35 points during the season and scored 34 in the State semifinals win over Bentonville.

Payne averaged 13.1 points, 1.3 assists and 2.3 rebounds per game with a 40.7 percent field goal percentage with most of his shots coming from 3-point range. His season high point total was 23.

Lambert had a season and career high 33 points along the way. He wound up averaging 11 points, 4 rebounds and 2.1 assists per. Game with a 44 percent shooting percentage.

Hunter, a guard who effective inside as well as out, finished with a 9 points per game average including a season high of 18. He had a 49 percent field goal percentage and averaged 3.3 assists and 4.2 rebounds per game.

Wallace, a defensive standout at center, still averaged 6 points per game with a season-high of 12. He hit 65 percent of his shots from the fieid and averaged six rebounds and one assist per game. 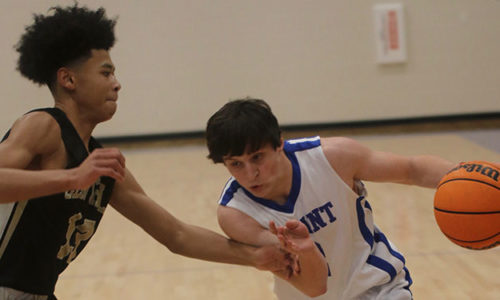