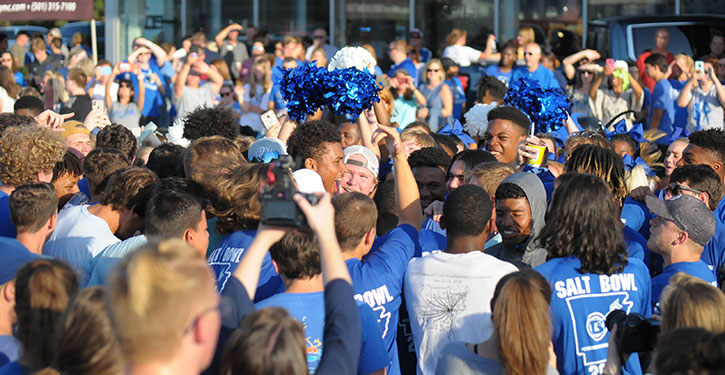 A pep rally for the Bryant Hornets football game in advance of the Salt Bowl against Benton was held on Tuesday night at Everett Buick GMC while, on the other side of the interstate, a pep rally for Benton’s Panthers was being held at Everett Infiniti.

The Hornets and Panthers square off on Friday at 7:30 p.m., at War Memorial Stadium.